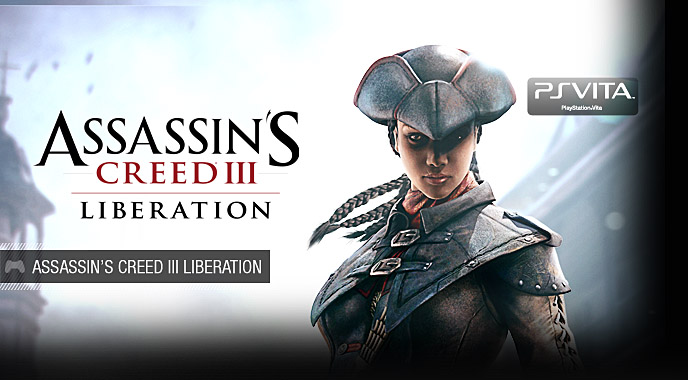 When revealing Assassin’s Creed III Liberation for the PS Vita, Ubisoft were adamant in wanting to provide a full AC experience on the handheld, rather cutting anything out.

Recent gameplay footage since E3 has shown that they’ve been more than successful, giving us a different look and character with Aveline and her lifestyle.

As to the length and overall content of the game, producer Martin Capel stated that, “The scope of Liberation is similar in length to previous Assassin’s Creed console games, with between 15 hours of play for experienced gamers to 20 hours for typical players.

“Liberation has also been scaled for the Vita experience, having been designed to be enjoyed in shorter bursts.This is reflected in the mission design and checkpoints to ensure enjoyment with on-the-go gaming.”

If the pay-off is as good as other AC games, it’ll certainly be the definite portable AC game. AC3 Liberation will see release on the PS Vita on October 30th.