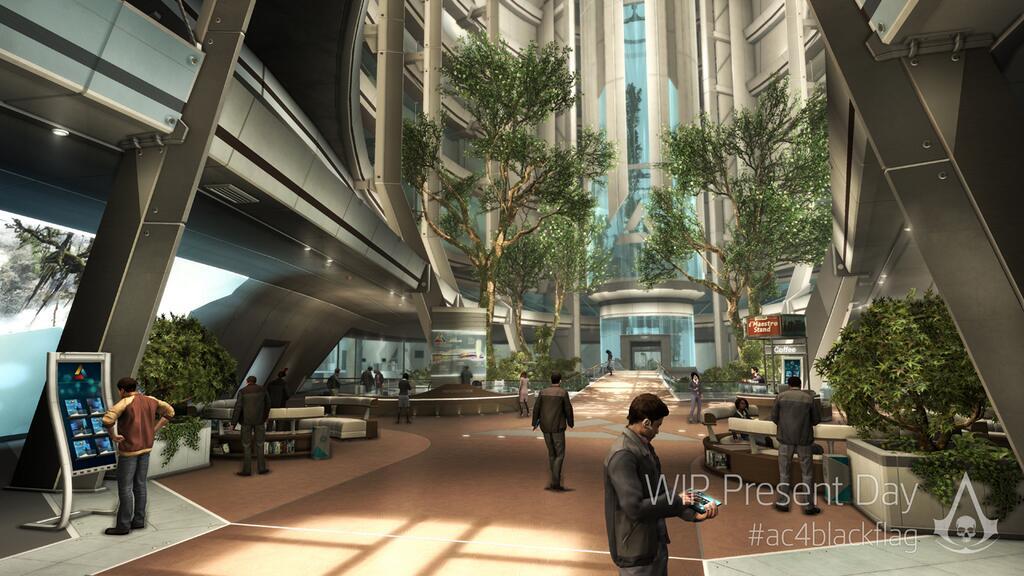 Lest you think the leap from Assassin’s Creed III to Assassin’s Creed IV: Black Flag, wherein we explore Edward Kenway’s life, is a little weird, Ubisoft Montreal has revealed that it will feature optional content to help bridge the game between the two games while progressing the modern-day aspect of ACIV.

Speaking on the UbiBlog, director Ashraf Ismail talked about the content players could expect from exploring the offices of Abstergo in the present. “In total, if you were to do everything in the present day – find everything, hack every computer, access every room – it’s a solid three to five hours. For the main path – the stuff you’re required to do – it’s somewhere between 20 and 25 minutes. You leave the Animus five times during the game’s main path and each time you’re there for about three to four minutes.

Of course, while there will be information on why the Templars are interested in Edward, along with discovering Desmond’s fate and various references for fans, Ismail stated, “We pretty much tried to boil it down to its most core essence because we know there are people out there who really don’t like the present day, and that’s okay.

“You don’t have to like it, but it’s part of the brand. For the people who like the present day and are big fans, we put in a lot of fan service and a lot of fun optional content. You get to choose if you want it or not.”

Along Assassin’s Creed III: Liberation’s Aveline, there will be other “awesome cameos” in the game and there will be a few supernatural elements as well.

“We call those ‘What the F**k Moments.’ You can’t have an Assassin’s Creed game without a What the F**k Moment. It has to be in there. The First Civilization, Juno – all that is part of the brand and yes, there’s progression in it. It’s not just a nod that we make to it.”