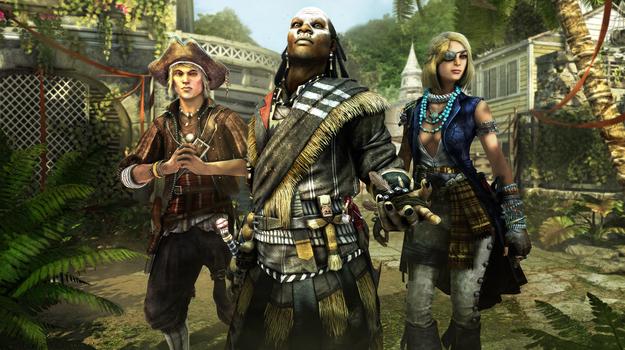 Ubisoft has announced that the second multiplayer DLC for Assassin’s Creed IV: Black Flag is now available. Titled Guild of Rogues, the DLC delivers three new multiplayer characters, each with own unique abilities, along with two new levels.

The three new characters include The Siren, who uses a saber and her seduction skills in order to take down foes; the Stowaway, who is a veteran in fighting and uses both fire arms and his agility for murder; and the Shaman, who is capable of locking on to targets for his supernatural abilities and a hatchet.

The two new maps will be available for free to all consumers on February 17th, so you don’t necessarily need the DLC. The maps include Kingston, which is paved with colonial houses and several alleyways for assassins to run and hide and Charlestown, making its return from Assassin’s Creed III and featuring several open spaces along with a church.

Guild of Rogues is available for the Xbox One, PC, PS4, Xbox 360 and PS3. It can be picked up as part of the Season Pass.