Life under the Black Flag comes with a price. 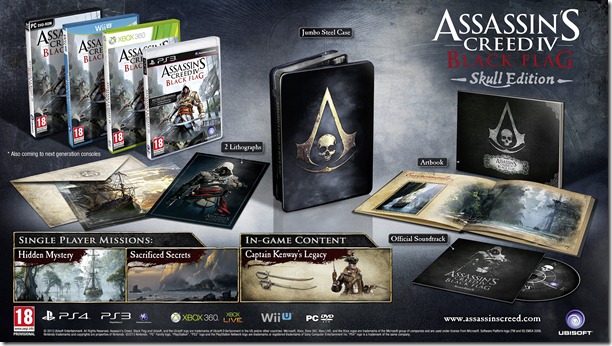 The Skull Edition for Ubisoft’s upcoming open world adventure comes packaged in a jumbo steel case, with 2 lithographs, an artbook, the official soundtrack, two single-player missions “Hidden Mystery” and “Sacrificed Secrets”, the Treasure Hunter costume for use in multiplayer, and Captain Kenway’s Legacy – a pair of golden swords that can be used in single-player. 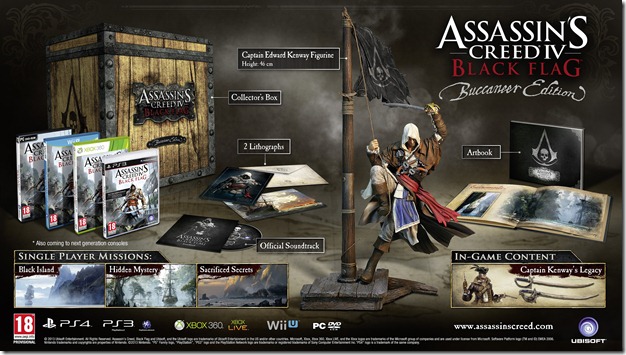