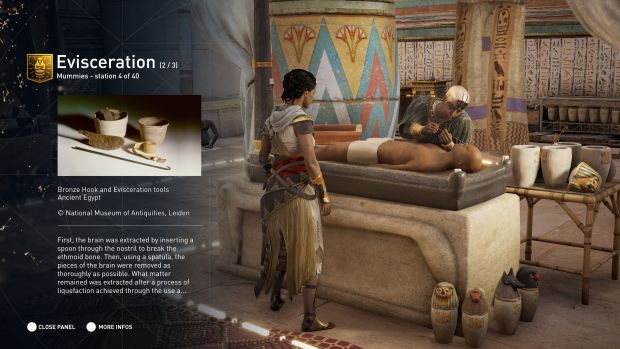 Ubisoft’s next big update for Assassin’s Creed Origins isn’t a new area, weapons, gear or story missions. Instead, it’s the intriguing Discovery Tour which allows the player to explore ancient Egypt without any combat or risk. Discovery Tour releases on February 20th as a free update to the base game and as a separate standalone version that can be purchased for $20.

As per Eurogamer, Discovery Tour serves as an excellent means of education and what motivated the developer’s thoughts when it came to realizing the setting. There are 75 tours divided into various categories and you can either fast travel to them or stumble upon them while free roaming.

Each tour is a combination of exploration, cinematic camera angles and historical documents that goes into detail about the Pyramids, the Romans and much more. If you want to casually explore Egypt by free-roaming on a horse, use your eagle to look around or even switch between 25 different avatars, then have at it.

What are your thoughts on Discovery Tour for Assassin’s Creed Origins? Would you like to see it return in future titles? Let us know below.