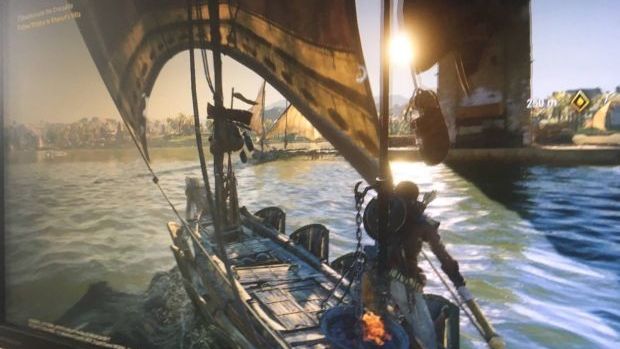 While officially Ubisoft have revealed nothing of the upcoming Assassin’s Creed game – hell, officially, it doesn’t even have a name yet – we already seem to know plenty about it, thanks to various leaks and rumours (in true Assassin’s Creed fashion). Basic details such as its name being Assassin’s Creed Origins, the ancient Egypt setting and a possible return of multiple playable characters and naval gameplay are more or less common knowledge right now, but there’s plenty of other details that have come to light as well.

It looks like the game is taking a lot of cues from The Witcher 3 (much like practically every open world game these days). Other than the obvious quest structure, the game also seems to have a Witcher-like free-form combat system, not to mention the fact that there will be seamless world exploration design, meaning that players can traverse across water and into cities without an loading screens along with explorable interiors. The game will also have weapons such as shields, spears and a bows.

Also, the famous Eagle Vision mechanic that has been in the series since the very first game will receive a unique twist in Origins, with players being able to control a pet eagle this time around. It also looks like the game is going to be very colourful, visually speaking, but that much has been apparent for a while now, what with the setting and the leaked screenshot and everything.

According to details, Ubisoft will reveal the game at E3 and go into full-on marketing mode, with the game expected to launch around October for the Xbox One, PS4 and PC. Interestingly enough, it doesn’t look like it’ll launch on the Switch.

As usual, take this report with a grain of salt but all of this information is coming from the same insider who leaked the first in-game screenshot from this year’s Assassin’s Creed.