Assassin’s Creed Origins Next Deity Trial is Sobek, The Crocodile

You have until November 28th to take down the giant Crocodile and claim a unique weapon. 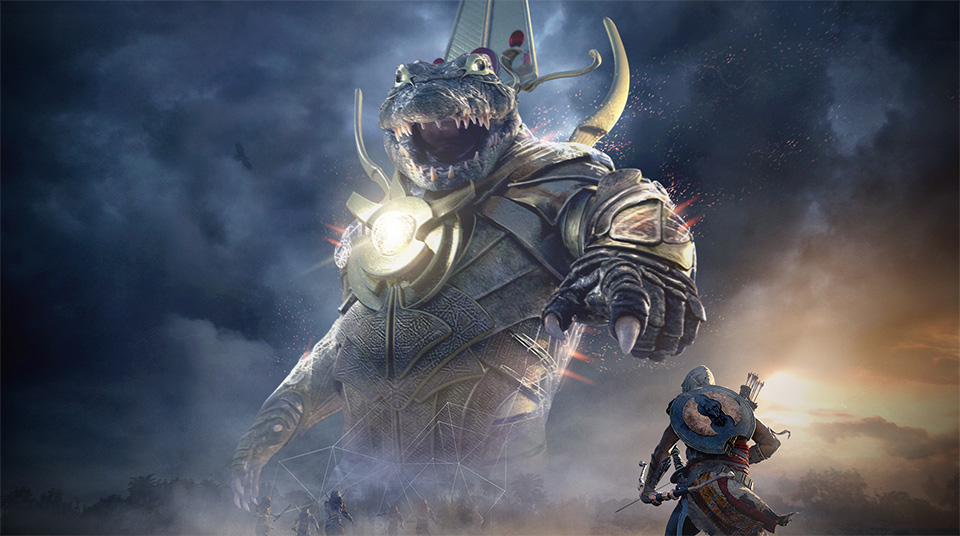 A new boss is available in Trials of the Gods for Assassin’s Creed Origins, Ubisoft’s version of a timed event where players must battle an Egyptian deity for awesome loot. This time around, the boss is Sobek, a crocodile. He’s not just any crocodile though. Check out the trailer below to see Sobek in action.

This time around, players will have to finish the Aya questline in order to access Sobek (it’s unclear whether this is the quest that occurs early in the game or near the end). Players can fight Sobek until November 28th and claim a unique weapon in the process along with an exclusive gear set for those who take down each deity in Trials of the Gods.

TO make things sweeter for those who aren’t quite powerful enough to face Sobek, Ubisoft has confirmed that Trials of the Gods events will return in the future. Those who couldn’t quite beat down Anubis need not fear in that respect since he’ll also return later. Whether the gear set will be offered as well remains to be seen.