More for hardcore assassins to dig into. 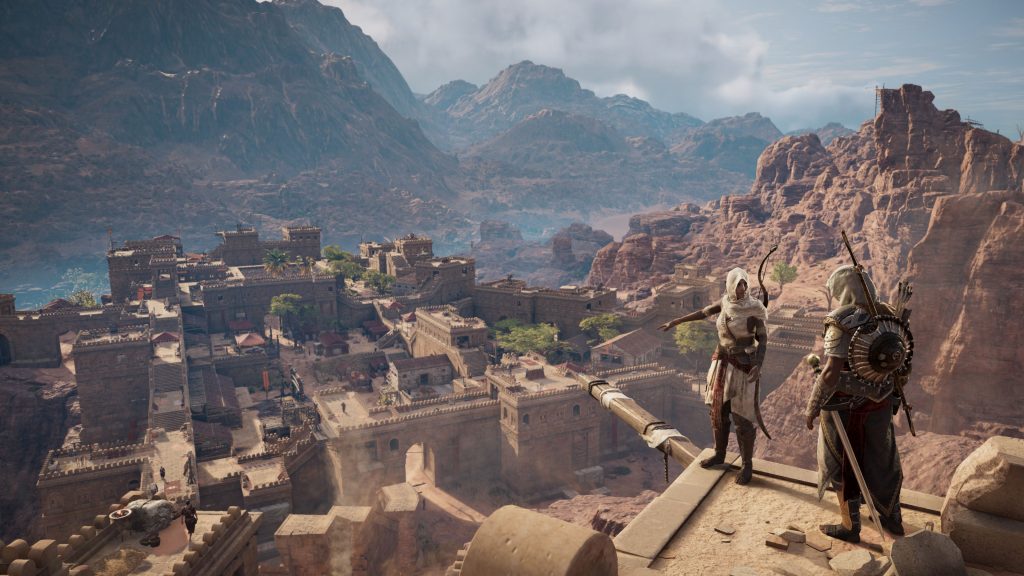 Assassin’s Creed Origins has some more hardcore parkour in store for players when The Hidden Ones expansion launches on January 23. Thanks to a Ubisoft Q&A we now know a lot more about what to expect in the expansion, taking place in the Sinai, a mountainous region which is being occupied by the Roman military.

Players still control Bayek, and not only is all progress maintained such as abilities, crafting levels and gear, but the level cap has been raised an additional 5 levels to a total of 45. While players can access the content at any time, the story timeline wise happens about four years after the events of the main game, and Ubisoft suggests that you be at least in the ballpark of level 40 to fully enjoy it.

You can check out the interview in it’s entirety right below, and explore the new story, crafting options and gear that comes with it when The Hidden Ones is available on all platforms Assassin’s Creed Origins is on when it launches January 23.

Are we playing as Bayek in this expansion?

Yes! In The Hidden Ones, you are still playing as Bayek. You keep all your progress from the main game (abilities, crafting levels, gear, inventory, etc.) and can continue to upgrade and customize Bayek as you go.

Will we see returning characters from the main game?

Yes, you will meet some characters from the main game and some new ones specific to this expansion.

Does The Hidden Ones add to the story of the main game, or is it a separate narrative?

The Hidden Ones adds to the story of the main game. This expansion takes place four years after the events of Assassin’s Creed Origins in a new region of the world, the Sinaï.

The Sinaï is mountainous region with a strong Roman military presence. Players will witness the Roman occupation as they discover many well-guarded Roman military camps, harbors, and construction sites where Roman are taking apart Egyptian monuments. This steep region will offer many new opportunities for parkour and traversal gameplay, as well as challenging fights.

Once the expansion is installed, you can either access it through the Quests menu to let it guide you or you can open the new Atlas map and fast travel to the Sinaï region. You can also travel between the Sinaï region and the main game area at any time, no matter your progression in both using the Atlas view of the World Map.

Do I need to have finished the main game in order to access The Hidden Ones?

No, you don’t need to have finished the story of the main game in order to access the expansion, but we recommend a level close to 40 to fully experience this new region and its new quests.

Has the level cap increased in this expansion?

Yes, Bayek’s progression will be pushed further. The level cap of the main game, which is level 40, will be extended to level 45 in The Hidden Ones.

Will there be new crafting options available?

Yes, we are adding new crafting levels for players to improve their gear.

Does the expansion come with any new gear (e.g., weapons, outfits, mounts)?

Yes, you will have access to four new legendary weapons, a new outfit, new mounts, and multiple new weapons that will be unlocked via progression in The Hidden Ones story.

When I finish The Hidden Ones, does my progress (level, gear, etc.) carry back over to the main game?

Yes, your progress from The Hidden Ones will follow you in the main game when you return to it.

If I don’t have the season pass, can I buy The Hidden Ones as a stand-alone add-on?

Yes, you can buy The Hidden Ones as a stand-alone add-on if you already own Assassin’s Creed Origins.