Assassin’s Creed: Revelations is Confirmed.. Here Are Some Details 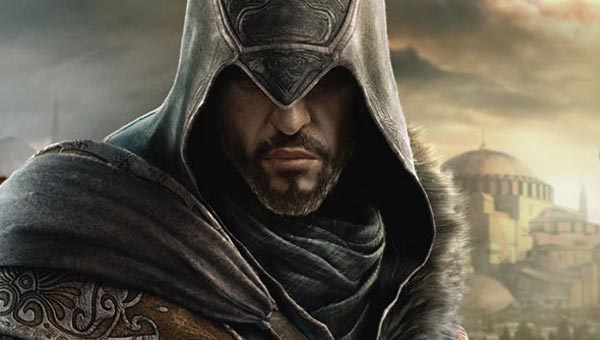 Now the never ending, very well developed series of Assassin’s Creed has a confirmation that the next game called Assassin’s Creed: Revelations will be out in November for the PC, Playstation 3, and Xbox 360.  The latest Game Informer magazine got the scoop on the latest details.. those bastards, just kidding, in fact here they are.  You are now playing once again Ezio at age 50 (as seen with his graying beard above) still kicking ass, this time you will have over 300 different bomb types you can craft, which just seems like too much.  His new toy is the hookblade which he will use to take zip-lines around Constantinople (and Cappadocia), which he can also use to pull enemies close by, just to send them off with one of Ezio’s new bombs as a small present.

You can also now create Assassin’s Dens, which you will be able to upgrade with zip-lines on top of the roofs, and other upgrades as well. It is also advised to persuade the local guards near each den to become neutral rather than hostile as high notoriety can lead to losing control over a Den or a Den being attacked. This is a really cool addition as if you have a Den that is under attack, you can send troops in to stop the attack however this might not always be successful, so according assigning a master Assassin to each Den is ideal to see its protection. Good stuff. Interestingly enough, side quest are no more being replaced with random events and Desmond will play a large role in the game while his quests have only grown. Multiplayer is back as well and now you can customize your characters appearances or weapons. You can now even create guilds or clans. E3 this year is only a month away and is sure to hold more details. Keep it here for the latest on Assassin’s Creed: Revelations details as we bring it to you straight from E3.