Italian developer Kunos Simulazioni has revealed a release roadmap for the game. 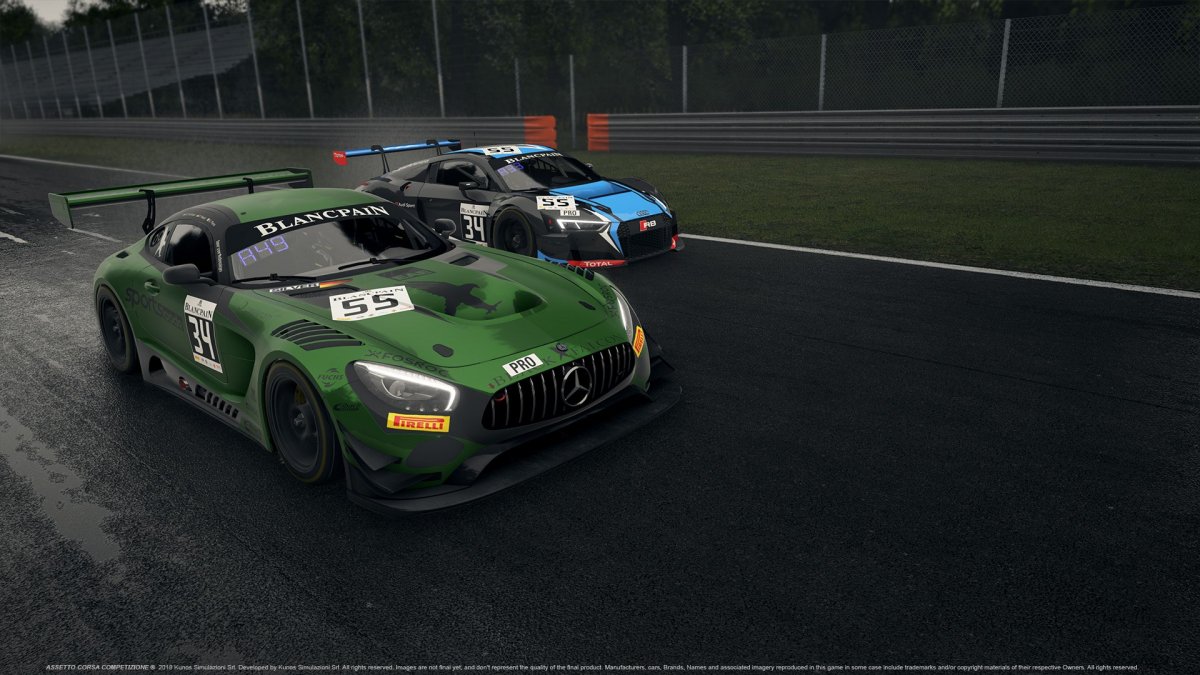 They have made this announcement via a press release, as well as a video (which you can view below). The very first build of the game that enters Early Access in September will launch with just one car and one track, as well as quick races against the AI, Hot-Stint, and “special events”. What price it will launch for has not been confirmed, but we can assume (and hope) that it won’t be too much, given how much content it is launching with.

There will, then, be five more monthly updates to the Early Access version, with each of them introducing a new car, a new track, new features and refinements. The full game will launch in Q1 of 2019. You can view further details in the release map below, as provided by the developers.

A new gameplay trailer for Assetto Corsa Competizione was also recently revealed at E3 2018. You can take a look at it here. 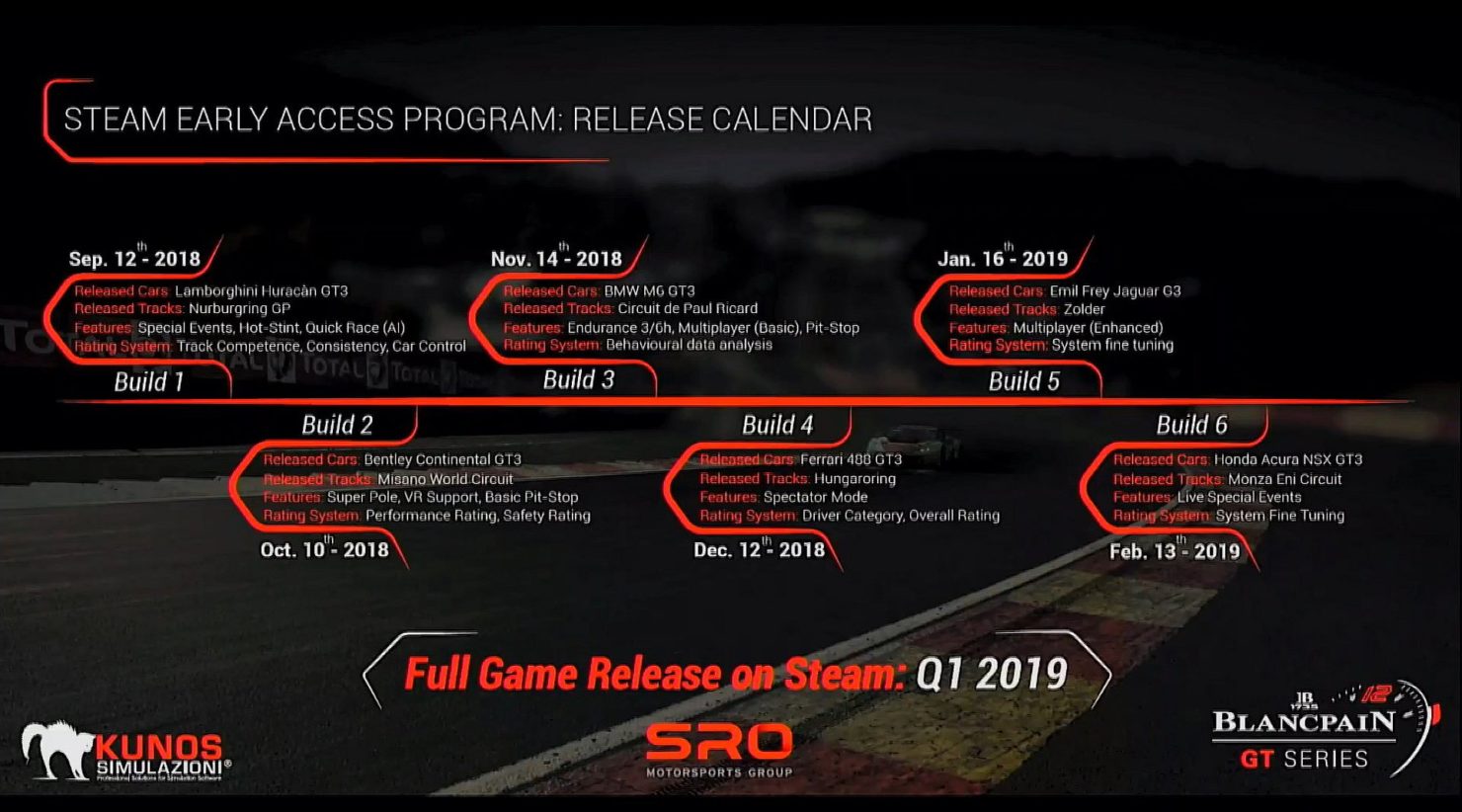