Assetto Corsa Competizione producer and game design director Davide Brivio speaks with GamingBolt about bringing the racing sim to PS4 and Xbox One.

While the likes of Gran Turismo and Forza Motorsport generally tend to grab headlines in the racing sim genre, a game that’s been making waves in that space for some time is Assetto Corsa Competizione. Releasing on PC in May 2019 after roughly a year-long early access period, Competizione has continued to go from strength to strength, fostering a strong, dedicated community and carving out a space for itself in the esports scene. Recently, it opened its doors for more audiences to come streaming in with a launch on PS4 and Xbox One, and to talk about that, about how the game has progressed so far, and how it’s going to continue growing in the future, we sent across some of our questions about the racing sim to its developers at Italian studio Kunos Simulazioni. You can read our conversation with producer and game design director Davide Brivio below. 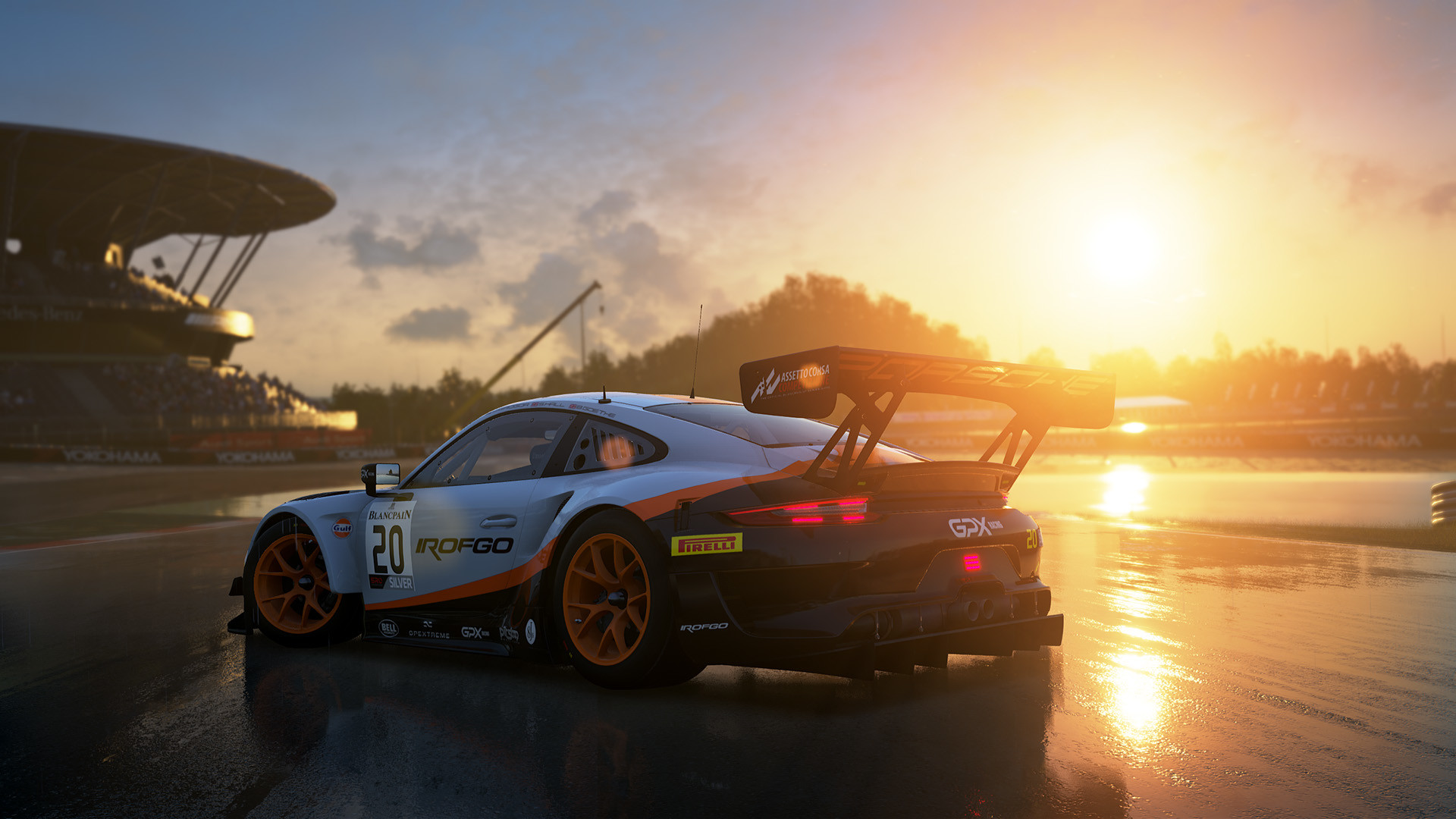 "It has been an absolute pleasure, we have been building up a strong relationship with our community in the last decade, so we are really committed when it comes to providing them with a racing simulation they can enjoy. It has been wonderful to receive feedback on our work."

Reception to Assetto Corsa Competizione has been very strong among the game’s community in the time it’s been available on PC. How heartening has it been to see players respond to your game in such a positive fashion?

It has been an absolute pleasure, we have been building up a strong relationship with our community in the last decade, so we are really committed when it comes to providing them with a racing simulation they can enjoy. It has been wonderful to receive feedback on our work.

People might think that we reached our nirvana with incredible celebrities like Charles Leclerc and Valentino Rossi joining esports for Assetto Corsa Competizione, and the reality is that: yes, we are incredibly happy for this, and for the kind words they used to describe “the most advanced GT3 simulation they have ever tried”. But in truth the day after, we were completely convinced that our community is what we value the most, those that are actually enjoying ACC as their top choice for sim racing esports, live streamings on Youtube, Twitch and playing daily, those that are always ready to give us feedback that we use for improving our products and can wait patiently when we have something to improve.

Delivering a product like Assetto Corsa Competizione to our community is really emotional.

Assetto Corsa Competizione released on PC a year ago, and was in early access for another year before that- how much has the game grown in all that time?

A great deal. Assetto Corsa Competizione was born under the ambition of maximizing all of our technologies by focusing them on a specific class of cars: GT. We went so deep on the physics, graphics development and optimization that it actually required a bit more than expected to give an all-around shape to the game.

For example, there were so many aspects that became vital, such as bringing the rating system to a deep and comprehensive level, managing to tweak all the regulation aspects and penalties system, making pit stops and strategies something really useful, allowing players to save a game in the middle of a lap and then loading the game afterwards and supporting triple screen layouts with independent settings on a third party engine, just to name a few. There have been a lot of challenges, but we think we have made a major impact and spent our time well over the last two years, all considered. 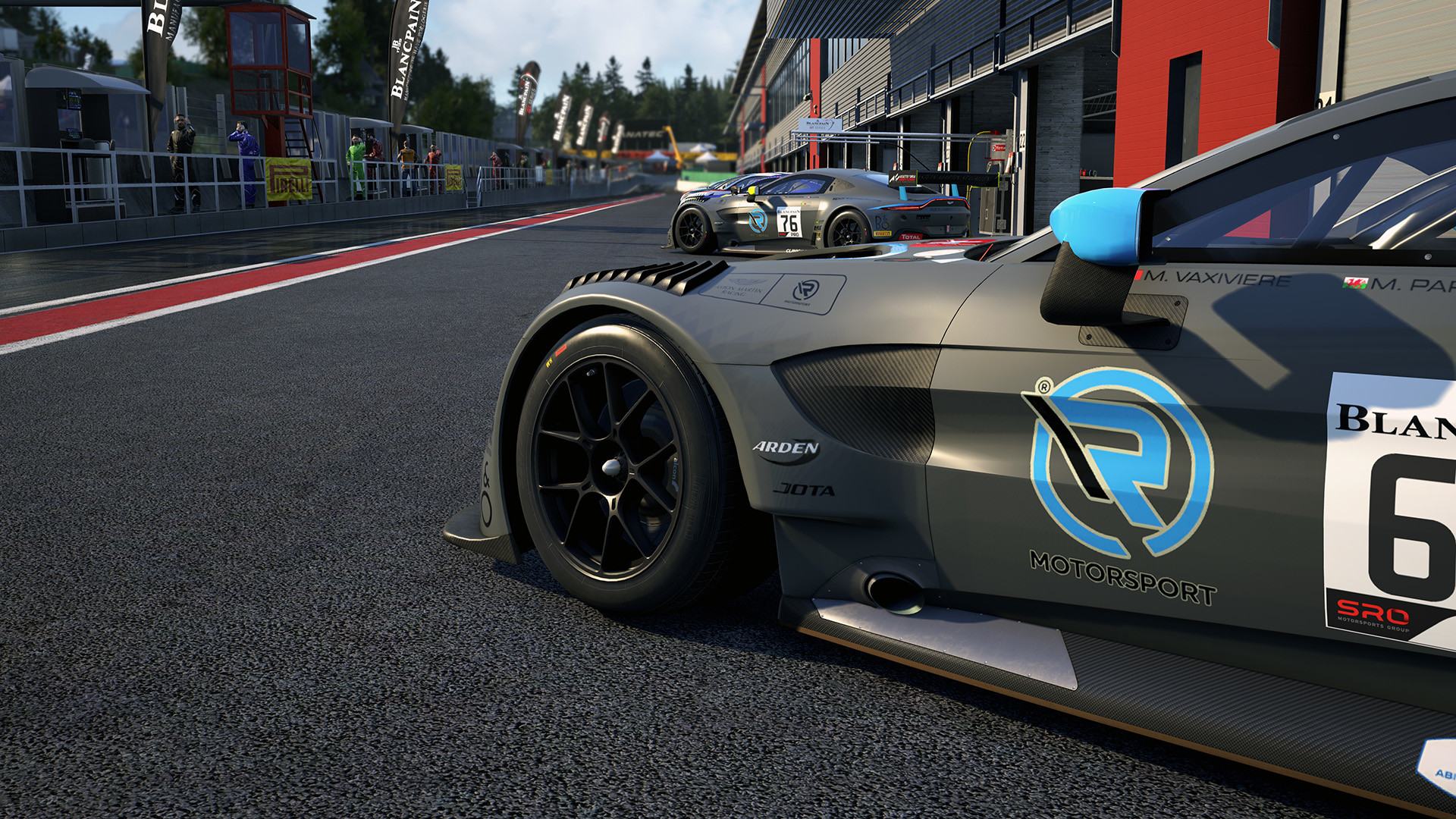 "There have been a lot of challenges, but we think we have made a major impact and spent our time well over the last two years, all considered."

With the Intercontinental GT Pack DLC, you’ve already added a significant amount of content to Assetto Corsa Competizione, while other content updates that you’ve announced for the coming months also look like they’ll be adding a lot. Is the plan to keep supporting the game in this vein beyond 2020, or are these updates as far as you’ve planned out for now?

GT4 will be coming “soon” on PC and console, and we really can’t wait for it, as it will be a fresh addition to gameplay. This vehicle class is pretty different to drive and handle when compared with GT3 cars, so can’t wait for the community to get their hands on those! After that, we will add some new tracks to Assetto Corsa Competizione thanks to the British GT Track Pack DLC, arriving Winter 2021. We want to keep our focus 100% on delivering great quality content for both of these for now.

Assetto Corsa Competizione has really caught on in the esports scene. Is this an area where you want to keep expanding the game’s presence?

Thanks for the question as this is really a common talking point within KUNOS Simulazioni. This pandemic and lockdown convinced a lot of people to see sim racing esports for what it is: an intense, interesting and profitable environment.

We look at the esports scenario as a great opportunity, and also a confirmation of the value of our efforts in game development. On the other hand, we are a software development studio that has a clear vision.

Our job and mission is providing the market with the best simulations we can achieve and this alone takes up our entire day pretty easily.

The studio has grown, with around 20 people at KUNOS Simulazioni and this has given us pretty clear idea as to why we prefer to focus on development and providing all the tools we can for the esports environment, rather than being directly involved in esports organization itself. That is a totally different business.

Thanks to our partners such as SRO and AK Informatica, the esports on ACC are flying- everyone is putting their skills to work and creating great events.

That’s the scenario we see for evolving the presence of Assetto Corsa products on the esports market, providing a perfect tool for organizers to develop their businesses, but keeping our focus on the simulation. 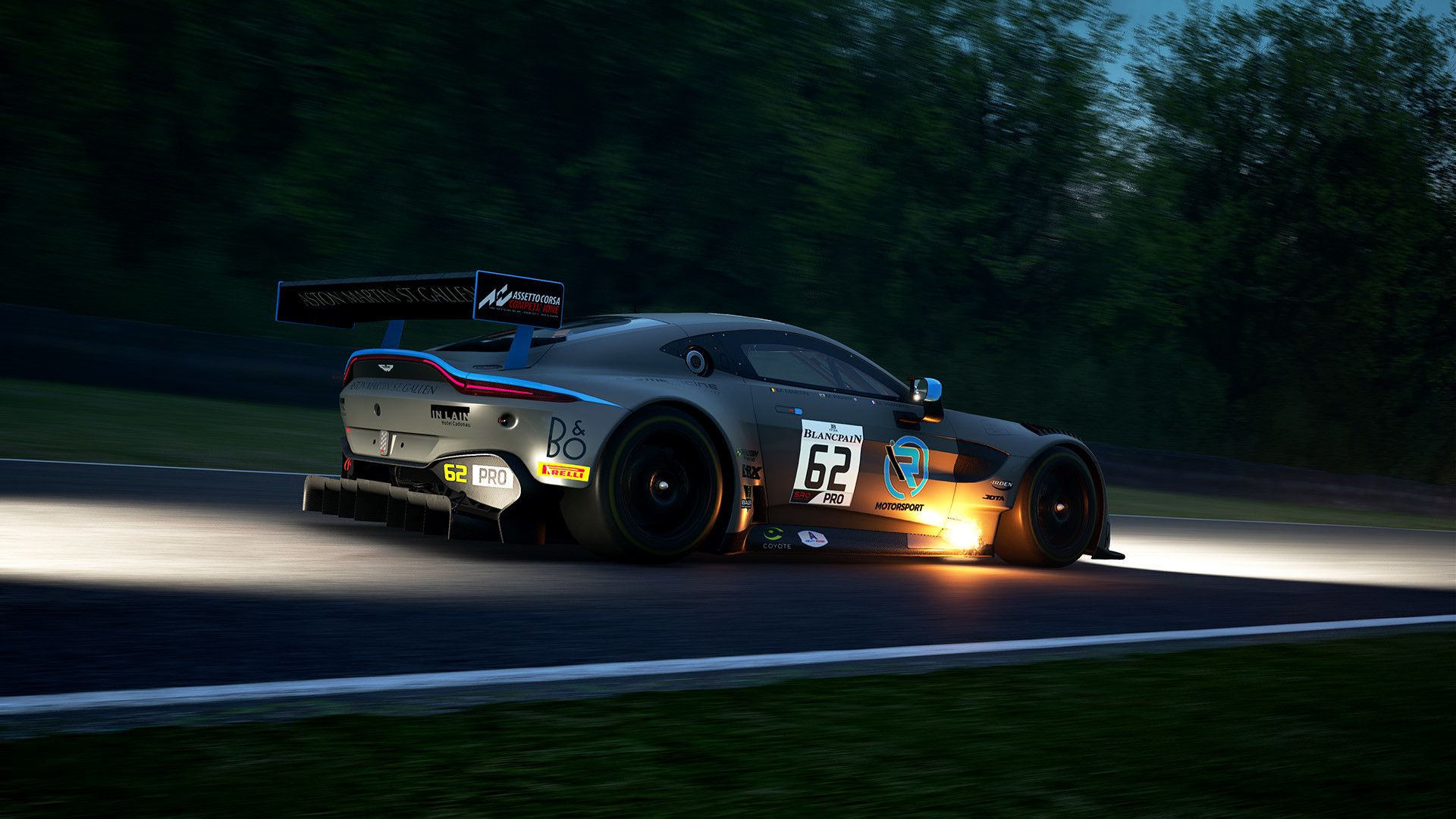 "That’s the scenario we see for evolving the presence of Assetto Corsa products on the esports market, providing a perfect tool for organizers to develop their businesses, but keeping our focus on the simulation."

Do you have any plans to launch the game on the Switch?

On Assetto Corsa Competizione we are currently 100% focused to deliver the best experience for PC, PS4, and XB1 platforms.

PS4 Pro in 1080p output mode has improved draw distances, anti-aliasing, post process effects and particle effects. In 4K the game runs at up to 3200×1800. On the other hand, the Xbox One X has the same graphics improvements and natively runs at 4K.