Targeting 60fps on both. 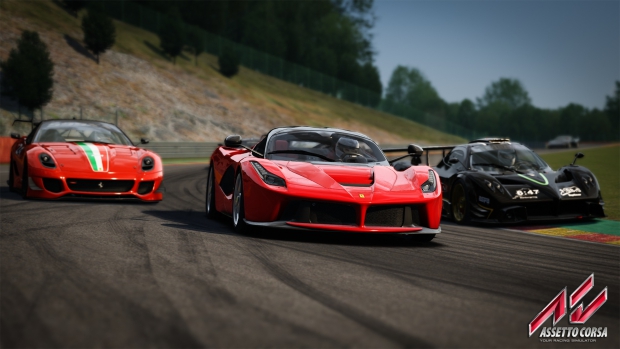 The upcoming racing simulator Assetto Corsa will run at 1080p on the PS4 and 900p on the Xbox One. However developers Kunos are targetting 60fps for both consoles. Marco Massarutto, co-founder of Assetto Corsa developer Kunos Simulazioni stated that they tried their best for rendering 1080p resolution on the Xbox One but since they don’t have access to Xbox One’s dedicated libraries (like Turn 10 has for Forza), they felled short and settled for 900p.

“We hope to have a constant 60fps. It’s full HD on PS4, 900 on Xbox One. Like any other game! We fought a lot to have full HD also on Xbox One, but there’s no way for us to do it. Forza did a very good job – but they have dedicated libraries. Regardless, they did a really good job. When I played the game, I thought ‘wow’. They’ve done such a good job with the visuals,” Marco stated in an interview with EuroGamer.

It will be interesting to see whether they are able to reach a consistent 60fps on consoles. Last year’s Project CARS also had the same operating resolution but struggled in the frame rate department so let us hope that Kunos has the console versions locked in.