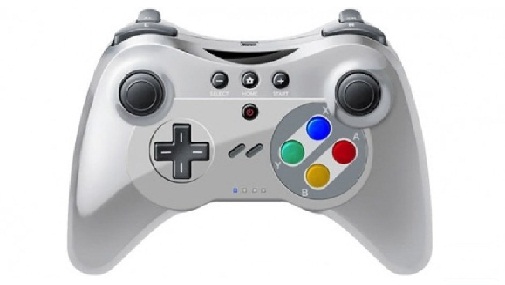 Apparently, a third party- yeah, a third party, not Nintendo- will be releasing an SNES themed version of the Wii U Pro controller.

The controller was awesome as it is, and with an entire freaking SNES control-pad stuffed beneath the analog sticks, it looks even better.

It’s been listed at EB Games, priced at $48, which is $30 less than the price of the actual, original Wii U Pro controller. This SNES controller doesn’t actually offer anything new or different other than the aesthetic stuff, but damn, it looks really good, and it sure is going to be a collector’s item.

Still no confirmation on anything though.

The Wii U Pro controller will offer a battery like of up to 80 hours, according to a recent report. Read the full story here.

What do you think of this SNES version of the Pro controller? Tell us in the comments section below!