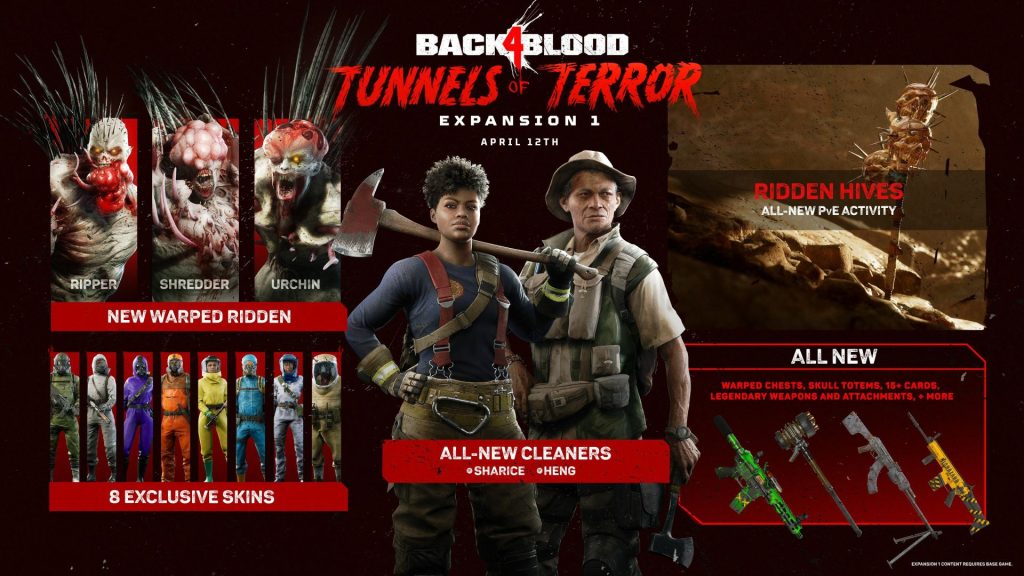 New PvE areas called Ridden Hives are being introduced and there will be seven to explore. These are sprawling underground mazes where Ridden can emerge from the walls, the ceiling and so on. Some of the new Warped Ridden include Urchin, Shredder and Ripper, each with their own unique attacks. The Ripper, for instance, can send out a line of spikes upon smashing the ground.

Players will have new cards to even the odds though. Non-expansion owners can also partake of the new content as long as at least one person in the party owns it. In terms of free content, a new difficulty called “No Hope” is also being added and should provide some additional challenge for long-time players.

Back 4 Blood is currently available for Xbox One, Xbox Series X/S, PS4, PS5 and PC. Check out our review for the base game here.