Posted By Rashid Sayed | On 23rd, May. 2010 Under News | Follow This Author @GamingBoltTweet

Global video game publisher 505 Games and developer NaturalMotion today announced that the demo for the highly anticipated American football video gameBackbreaker is now available on Xbox LIVE for Gold level subscribers. A Backbreaker demo on PSN will also be available soon. Players can now hit the gridiron and test the hard-hitting, explosive action before the game hits shelves on 25th June, exclusively at GAME stores nationwide.

Players can choose from one of six teams to play in exhibition mode, under various weather conditions in the San Francisco stadium. The demo preps players for an explosive season as Backbreaker’s training camp mode helps sharpen running, passing, kicking and tackling skills before they step onto the field. Players can train further for the full Backbreaker experience with the Tackle Alley mini game. Already a popular download for iPhone and iPad, Tackle Alley gives players the option to play solo or test the split-screen local multiplayer function as they try to gain yards and avoid sacks and tackles. 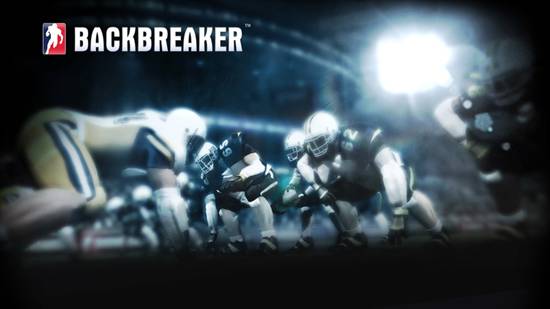 When Backbreaker hits the shelves on 25th June, players will be thrust into the middle of the action on the football field like never before. As the first sports video game to feature NaturalMotion’s critically acclaimed Euphoria engine, Backbreaker offers realistic, physics-based motion, crisp high-definition graphics and a camera angle that follows the perspective of the player. Revolutionizing the way American football games are played on this generation of consoles, Backbreaker features an intuitive pick-up-and-play control scheme in Arcade Mode, with the more challenging Pro Mode turning off AI assists.