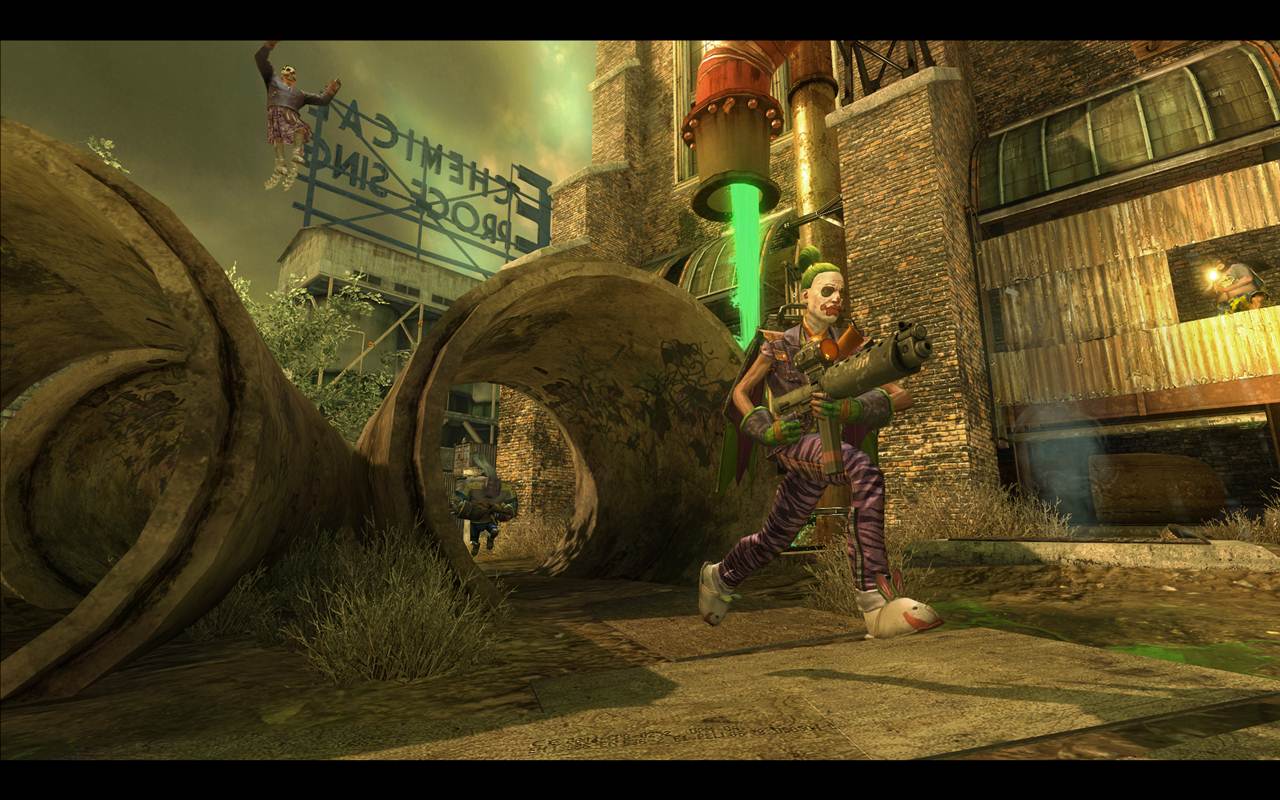 Gotham City Impostors has been moved to February. Ye, it has been delayed.

Gotham City Impostors is an original download-only first-person shooter where up to 12 players battle for control of an unhinged Gotham City overrun by Impostors inspired by the DC Comics characters Batman and The Joker. Gotham City Impostors is an online multiplayer game unlike any other, giving players the opportunity to engage in unconventional urban warfare as they personalize their own Impostors. Gamers will create their very own version of the Bats or the Jokerz characters using unprecedented customization options including insane costumes, homemade gadgets and a wide range of traditional and inventive weapons. The game will feature maps and modes inspired by DC Comics’ Batman license.