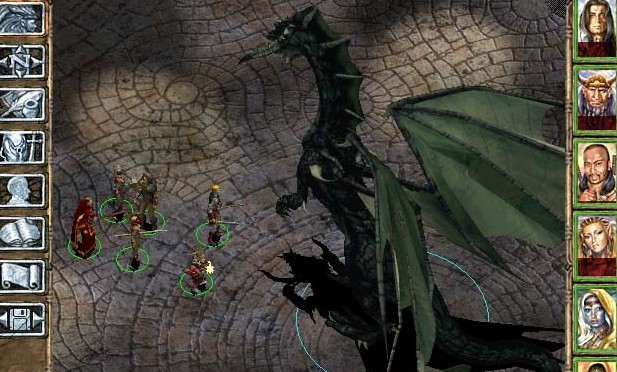 You know the team that brought us the rather well done remasters of the Bioware AD&D role playing classics, Baldur’s Gate, and Baldur’s gate 2? Well apparently, they are working on an all new game in the series, set between the two games, that will try to bridge the events of the stories of the two games.

The game will be made using Infinity Engine, and it will specifically be developed to look and feel like the older, classic Baldur’s Gate games we have all come to know and love- but it will not be Baldur’s Gate 3.

“We’d be lying if we said we never think about doing a Baldur’s Gate 3 game, so we won’t say that. But we will say there’s nothing in the works yet regarding BG3 or a 5th Edition [Dungeons & Dragons] game,” the developer said. “That doesn’t mean the opportunity will never arise, though, so we’re preparing by starting a tabletop 5th Edition Dungeons & Dragons game here in the office.”

Speaking specifically about Adventure Z- the game set in between the two Baldur’s Gate games- this is what they had to say:

“Right now all we can say about [Adventure Z] is that it exists and it’s a departure for us in terms of what we’ve done in the past. Also, the project might involve sharks… We’re looking forward to giving you more details mid-year.”

I don’t know why they would tease it now while holding the details back for later this year, but yay!