Bandai Namco is Interested in Working with Fantasy Author Brandon Sanderson, Who Has a Soulsborne Pitch Ready

Brandon Sanderson – best known for Mistborn and The Stormlight Archives – might be the next fantasy author to collaborate with Bandai Namco. 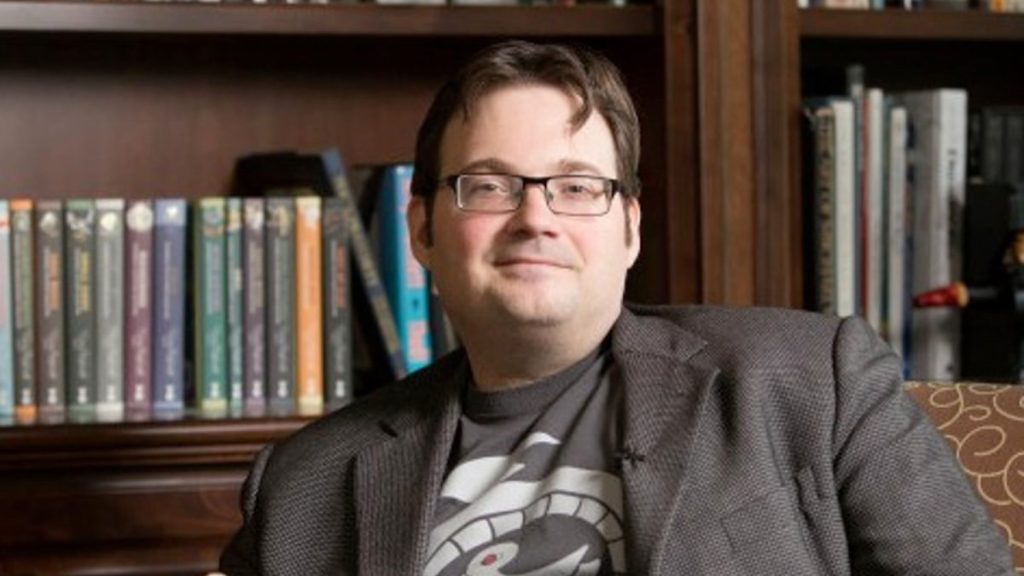 A Song of Ice and Fire author George R.R. Martin’s collaboration with FromSoftware on Elden Ring has been on the forefront of many people’s minds as late for obvious reasons, but it seems like other successful fantasy authors might soon make a splash in the games industry as well. Brandon Sanderson – best known for Mistborn, The Stormlight Archives, and the final three instalments of The Wheel of Time, among a number of other things – might soon have his own Soulsborne project in the work.

As reported by VGC, Sanderson recently unboxed an Elden Ring parcel that he received from publisher Bandai Namco on a livestream, which also included a note that mentioned that the publisher is interested in working with the author in the future.

“They are interested in perhaps doing something together, is what that says,” Sanderson said when asked about the note. ““I am as well, actually. This is how I roll: I actually have a pitch for them in the back of my head… so I may have to send them my pitch and see what they think.”

When asked about his pitch, Sanderson explained that, as with many other projects based on collaborations, he has many ideas in mind already, and that for this collaboration in particular, that idea is for a Soulsborne game.

“I always have a pitch for everything,” he said. “That’s the thing. Like, ‘if I were ever going to do a Soulsborne game, what would I do?’ You guys know what happened when I thought, ‘I wondered what I would do if I ever wrote a Magic: The Gathering story?’ I spent four years developing a Magic: The Gathering story so that when Magic contacted me and said, ‘hey, do you want to write a story?’ I could say, ‘yes, I already have one, and I will write it!” And I did.”

“The same way, I’ve been thinking, ‘what would I do if I did a Soulsborne sort of game?’” Sanderson continued. “Obviously, I don’t get to decide that, right? But I have it in the back of my head, so maybe you guys will hear something from me. I have some ideas… I always have ideas.”

Of course, though FromSoftware has often worked with Bandai Namco in the past, the studio isn’t owned by the publisher, so whether or not the Dark Souls developer decides to do anything with Sanderson’s pitch is anyone’s best guess. Bandai Namco could very well decide to act on the author’s ideas and get one of its own studios to work on the project, so there’s that.

Of course, that’s all far in the future, and as things stand right now, purely hypothetical. Whether or not anything comes of these early communications between Bandai Namco and Sanderson remains to be seen.

We might soon see Sanderson’s work elsewhere in games, however. Last year, the author confirmed he was involved in a project that was due out sometime in 2022. Read more on that through here.