And they're coming very soon, too. 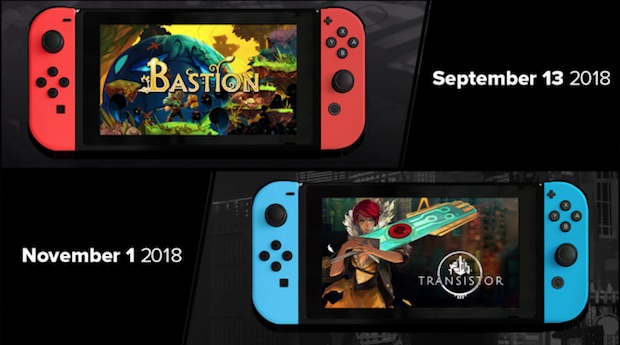 In case you need more awesome indie games on the Switch after Into the Breach, you’ll be happy to know that Supergiant Games have announced that two of their three games – Bastion and Transistor – will both be coming to the hybrid platform. Bastion launches first, in October, with Transistor following just a few weeks later.

Whether or not the Switch ports of the two acclaimed and fan-favorite action RPGs will have any special Switch exclusive content like many games often do on Nintendo’s platform is currently unknown. However, you can at least try these games hands-on for yourself soon, because both Bastion ad Transistor will be playable at PAX West this weekend, should you happen to be attending that. They’ll be at the Supergiant Games booth.

You can check out the announcement trailers for both games for yourself below. I’m sure many will be thrilled at having these games available to them on the go. Bastion launches on Switch on October 13, with Transistor following on November 1.