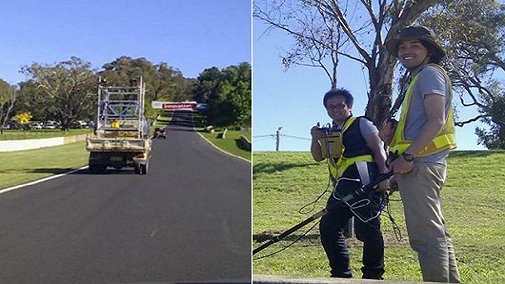 SPA Francorchamps was recently included in Gran Turismo 5, and one thing that the fans have been clamouring for is the Bathurst track – Mount Panorama.

Polyphony Digital has been supporting the game for a long time now, but it doesn’t seem like Bathurst will be headed to GT5 via DLC.

Some GTPlanet members have found Polyphony photographers taking pictures of the Bathurst track using a Cannon EOS 5D, and they accidentally said it was for Gran Turismo 6.

We also have a video footage of the said conversation which you can check out below.

The game was released in 2010 and is one of the best selling PS3 games, currently sitting pretty at 7.4 million units sold. We really don’t know whether it is for GT6 or GT5 DLC, but if it is indeed the former then I hope it’s on the PS4, as I personally believe PS3 is maxed out.