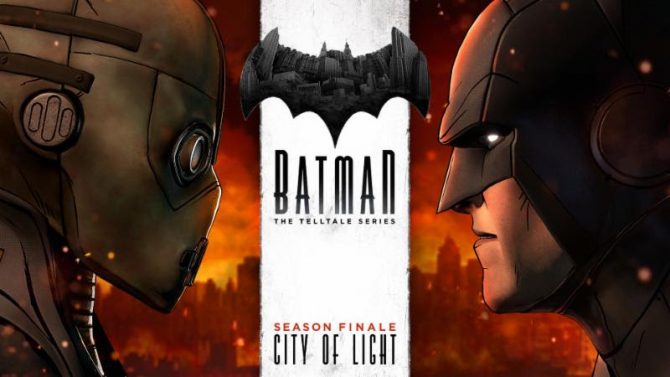 Batman: The Telltale Series‘ Episode 5 is here and in order to celebrate the release of the final chapter, the developers have released a new launch trailer. This episode ties up the series in a neat little bow and shows us the final showdown between the Dark Knight and the leader of the Children of Arkham in City of Light.

As has been the case with the other episodes in this series, this is going to be available on the consoles as well as the PC and mobile devices. The chapters for this game have been getting released in a smaller window than the company has done in the past.

This time around, the official synopsis of the episode is: “In Episode 5, the leader of the Children of Arkham prepares to execute the final act of a plan to destroy the Wayne family name, and the people closest to you are in their path of vengeance. Can Batman’s ultimate secret be kept – his very identity – when it is causing chaos and death in Gotham? The fate of the Wayne family and of the city itself rests on your choices. What will you do? How far will you go? Which mask will you wear?”