Airship Syndicate and THQ Nordic talk about the upcoming RPG.

We’ve seen steampunk, technomage, cyberpunk and so on but what about arcanepunk? The Battle Chasers comics were a good example of the same and it won’t be long before we see a JRPG based on the franchsie. Airship Syndicate, helmed Battle Chaser creator Joe Madureira, is currently working on Battle Chasers: Nightwar for multiple platforms. GamingBolt had a chance to catch up with lead and designer Ryan Stefanelli and product development director at THQ Nordic Reinhard Pollice to learn more about the crowd-funded title. 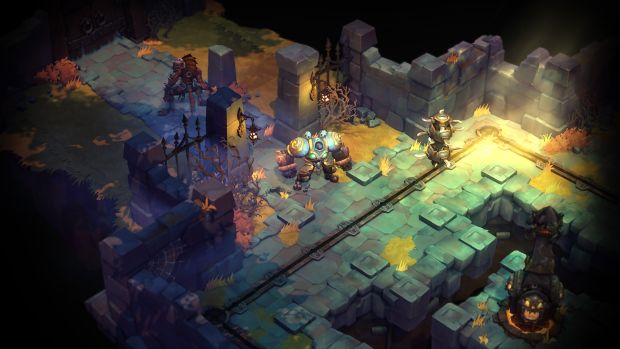 "We had experimented with some rogue-lite elements, but aside from randomly generated dungeons, it’s a fairly traditional death system."

What inspired you to bring Battle Chasers into the video game realm as a JRPG? How difficult has it been translating the comic’s tone and style to gameplay?

When we decided it was time to bring Battle Chasers back, one of our first questions was… which character do you play? Is there a way to play all of them? Those of us who started Airship all love the RPG genre, the classic JRPGs in particular, so when the thought occurred to us to bring the two together, it seemed like a perfect fit. Translating Battle Chasers into an RPG has been pretty easy, especially since the series itself was directly inspired by JRPGs. So in a way, it’s like the whole thing coming around full circle.

What is the overarching plot for Battle Chasers: Nightwar and how does it tie into the comic book?

The powerful wizard Knolan discovered that a deep and ancient reserve of mana was hidden on a mysterious island far off the mainland. Mana is the main source of magic in the world, also powering technology, and has been disappearing rapidly, so finding more is a big deal. The Battle Chasers all fear that August, the most feared villain in the BC universe, may be heading to the island to claim the mana for himself.

As they approach the island via airship, they are abruptly shot down, but not by August… by a group of local bandits. Once trapped on the island, they discover the mana reserve is the least of their concerns. What happens next would get into spoilers… but the narrative is a side-story in the Battle Chasers universe. It takes place after issue 9, but not in line with any existing story.

There seems to be a rogue-lite element to the overall experience. What kinds of traps, puzzles and secrets can players look forward to experiencing?

We had experimented with some rogue-lite elements, but aside from randomly generated dungeons, it’s a fairly traditional death system. Players may lose some dungeon progress, but they retain all of their items, experience and gold. There are plenty of traps, from classics like floor spikes and spinning blade pillars to those based in tech and magic, like mortar cannons and tesla coils. The puzzles and secrets all tie heavily into the lore, often challenging the player with riddles as well as logic. 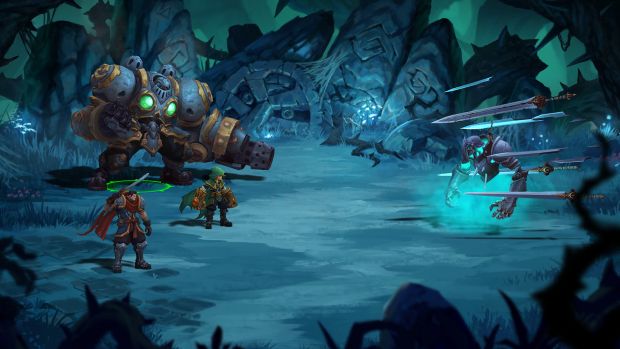 "The overworld is about exploration and discovery and isn’t the primary threat to the player."

What can you tell us about the combat and how each hero’s skills will work? Do heroes have different talent trees and level up through defeating enemies or are there other wrinkles like the lore points?

Combat is turn based, with an initiative bar depicting turn order. Each hero has abilities that unlock as they level up and perks broken up into two categories. Perk points can be acquired through leveling, but also by completing quests or finding secrets. Players can equip as many perks on a hero as that hero has points available, and perks cost from 2 to 20 points to equip. With a few dozen perks each, there is a wide variety of ways players can spec out each hero.

Heroes also have unique special attacks called Battle Bursts. The burst meter is shared between all heroes and can build up to three levels of Burst. The attacks take either 1, 2 or 3 levels to cast, so with a full Burst meter, players can choose to do three level-one attacks, or one whopping level-three attack for maximum effect.

What unique spin has been placed on the mana system? What kinds of buffs and debuffs will payers have to face?

The main wrinkle in the mana system is the Overcharge system. Basic attacks are free and instant, also generating a temporary energy called Overcharge. This can be used in place of mana to cast special abilities, but is lost at the end of a fight. So players can use it to either save mana by building it before casting abilities, or to continue using abilities once their core mana pool is at zero. It’s a fun way to encourage players to use special attacks all throughout the game – not just on boss fights.

The overworld seems fraught with plenty of danger featuring bosses and hidden dungeons along with different NPCs. How do you balance out these random elements to keep the game fun but not too punishing for players?

The overworld is about exploration and discovery and isn’t the primary threat to the player. When entering a dungeon, though, players are given the choice between three difficulty levels: normal, hard, and legendary. On normal, all the items that drop will be of uncommon quality. If players play on hard, they’ll get rare quality items, and on legendary, they’ll get epics! So here in the dungeons players are given the chance to really challenge themselves, with the potential rewards being great. This way, players who are more interested in seeing the world and experience they game can play at a more steady difficulty, but those who love a challenge can push themselves and reap the benefits! 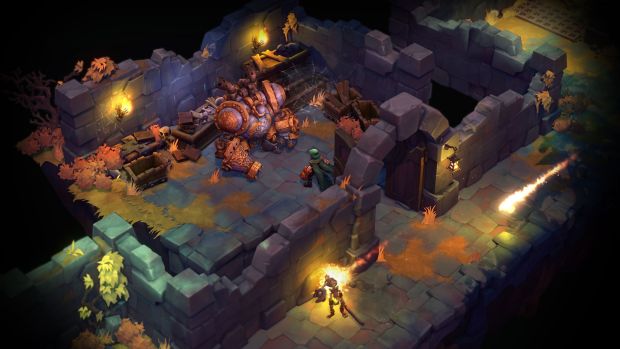 "It is a constant struggle to optimize the game to reach a stable and fluid gameplay experience. Using Unity is both good and bad in that regard."

How will players go about earning weapons and armour? Will there be items that can be permanently unlocked for different playthroughs?

Weapons and armor can be purchased from vendors, crafted, or found as loot. Loot can be affected by dungeon difficulty, and crafting is interesting: each item has a base number of ingredients required to craft the item. If players put more than the required ingredients into the recipe, they can increase the chances that the item will be higher-quality when crafted.

The percentage chance they’ll get a rare or epic item is displayed before they craft. Players can also attempt to craft an item with less than the required ingredients, but with a risk of failure. So if a sword that requires, say, 5 Leather and 5 Iron, the player can attempt to craft the sword with 3 Leather and 4 Iron with a 60% chance for success. If they fail, they lose all the ingredients!

What was it like working with Powerhouse Animation Studios for the 2D animation?

We’ve worked with Powerhouse for years and they’re both total pros and good friends. Their work is awesome, they’re totally reliable, and they’re a ton of fun. We hope to keep working with them!

What challenges did you face in bringing the game to multiple platforms? How do you think it will be received on Xbox One and PS4?

It is a constant struggle to optimize the game to reach a stable and fluid gameplay experience. Using Unity is both good and bad in that regard. It helps a lot as you have a great head start and can get the game running on the console platforms after a short setup time. But then it’s about fixing edge cases and dealing with issues of Unity.

When exactly can we expect Battle Chasers: Nightwar to release?

We are not announcing a date right now other than Summer 2017. 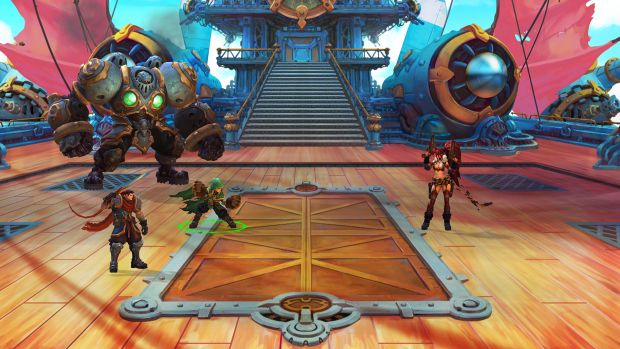 "The difference is that the 4K rendered output will look very crisp and smooth while the checkerboard technique will not look as sharp when directly compared but this depends also on the quality and size of the screen/TV."

With the PS4 Pro, Sony have increased the memory bandwidth a little bit, but they have kept the overall memory pool the same as it is on standard PS4 systems. Is this a fair trade off? Or do you foresee RAM becoming a bottleneck for game development as we move further on with this generation?

With regards to Battle Chasers Nightwar we fortunately don’t have to deal with any hardware limitations.

The PS4 Pro has double the GPU power of the original. What kind of advantages this has bought in for developers?

Theoretically a bit more can be offered and also higher resolutions. However as the PS4 and the PS4 Pro are still one ecosystem PS4 Pro exclusive features had to be considered carefully so it’s mostly just a higher rendering resolution that can be offered.

It’s still both the CPU and the GPU. With the PS4 Pros GPU we can’t offer native 4K rendering which is easy to achieve on good desktop GPUs nowadays.

What is your take on Sony’s Checkerboard technique for 4K rendering versus native 4K rendering that Microsoft are espousing with the Scorpio? To the naked guy, what will the difference be? And what are the differences from a development and programming perspective?

The difference is that the 4K rendered output will look very crisp and smooth while the checkerboard technique will not look as sharp when directly compared but this depends also on the quality and size of the screen/TV. From a development perspective the checkerboard technique is a bit harder to implement as it is a custom implementation while a native 4k resolution is just a higher frame output resolution. In our situation Unity takes care about it anyways. 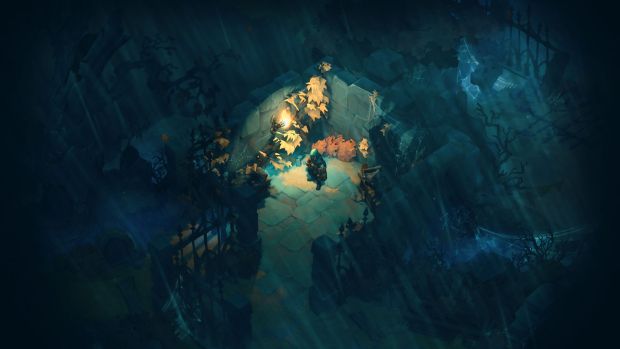 "The rest is just pure technical optimization and here it is meanwhile certain that from a pure power perspective the Switch is on a different level than the Xbox One and PS4."

What are your thoughts on the Nintendo Switch? What unique challenges will a system like that would pose for game development?

The challenge will be to tune the game experience in a way that it can be enjoyed both as a home console game and a mobile experience. Also finding the ideal control styles on the Switch is a bit more work than with traditional controllers. The rest is just pure technical optimization and here it is meanwhile certain that from a pure power perspective the Switch is on a different level than the Xbox One and PS4.

What is the target frame rate and resolution for PS4 and Xbox One?

We haven’t locked that in. From a resolution perspective it will be Full HD on both platforms. From a framerate perspective we don’t know what’s possible but at least 30 is the goal.