Battleborn Open Beta Starts at 10 AM PST, April 13th for Xbox One and PC

Challenges to be completed for skins in final game. 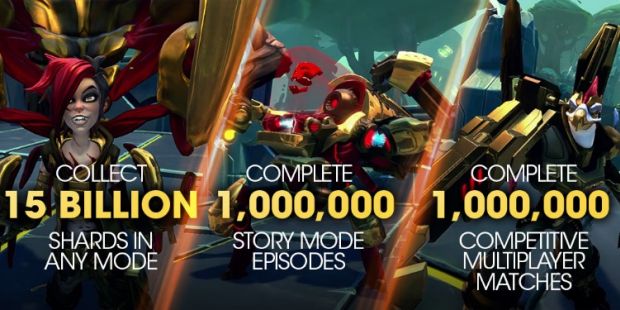 Gearbox Software’s Battleborn will be going live for Xbox One and PC users later today. Though it was already available for PS4 from last week, other platforms will see the open beta going live at 10 AM PST/1 PM EST. Some users, especially on Xbox One, may have seen the notification for the beta earlier today but failure to authenticate with it. They’ll be able to do so without any worry at the specified times.

The Battleborn beta will feature two story “episodes” and two competitive multiplayer modes along with all 25 launch heroes to try out. You’ll need to complete challenges in order to unlock some characters but that’s fairly easy, especially if you play as a character from the same faction. Progressions systems will be available to try but it should be noted that none of your progress will go to the full game so be warned.

If you complete the above stated challenges, you’ll earn some character skins that can be used in the game. The open beta will end on April 18th so stay tuned for more information.