Beatrix will be arriving in next few months. 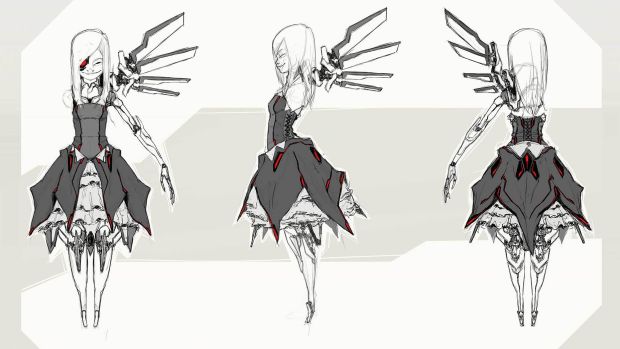 The DLC is a new “story operation” which sees players infiltrating the LLC’s manufacturing facilities in order to retrieve Toby’s mech. New skins, taunts and chances to earn more Faction Commander Packs are also in store. The DLC is available for Season Pass owners and can also be purchased separately via the in-game market for 700 Platinum.

Gearbox also showcased its newest upcoming hero Beatrix. She’s a former scientist obsessed with hygiene and debuffing enemies using her syringe-arm. Beatrix will arrive in the next few months and can be unlocked in-game with 47,500 Credits or with a Hero Key included in the Season Pass

The next story DLC will be “Oscar Mike Vs. Battle School” and you can expect more content to arrive from Gearbox in the coming months. Three additional story DLC will be coming afterwards along with a free competitive multiplayer mode.

There's "defeating bosses" and there's "going out in a blaze of glory." Check out 10 bosses that go down in th...

Loot boxes are earnable afterwards from regular gameplay. However, they will cease to exist when Overwatch 2 l...