Battleborn Targeting 1080p on PS4 and Xbox One

That's always been the plan for Gearbox's upcoming co-op shooter. 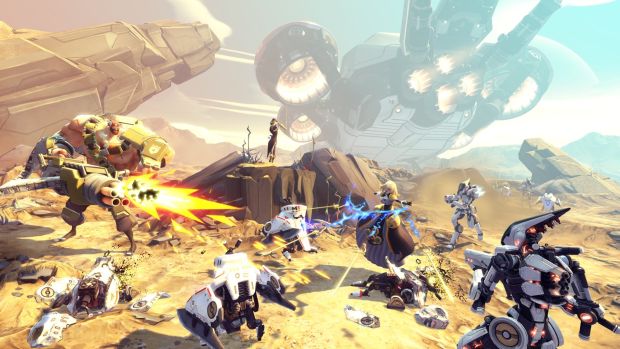 Gearbox Software is still chugging away on Battleborn, it’s upcoming first person shooter/MOBA hybrid, but it seems to be making good progress. The co-op campaign looks like a rollicking good time based on the latest footage shown at E3 2015. The obvious question, though, is how the Xbox One and PS4 will handle the shooter.

GamingBolt had a chance to speak to 2K Games’ Chris Thomas who is publishing producer on Battleborn about the resolution for the game. While many expect it to hit 1080p resolution on the PS4, can the same be said about the Xbox One?

“Yes, absolutely [it will run at 1080p on PS4 and Xbox One]. That is always the plan. The game is still in development so you never know. But 1080p is the goal and that is what we are trying to achieve.”

Keep in mind that this is currently the goal for Battleborn and plans can change down the line. Regardless, Gearbox’s periodic updates and gameplay footage lead us to think it will be possible.