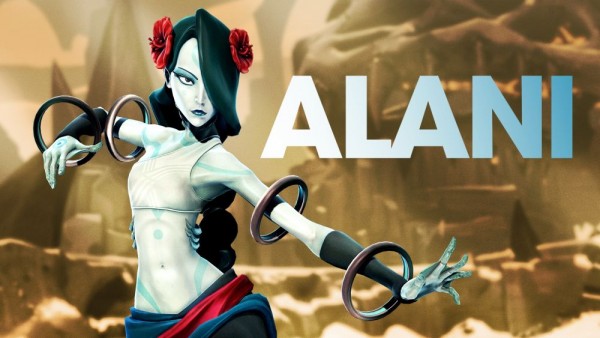 Gearbox Software’s Battleborn received a new update today that added some new features including balance changes for all of its heroes. It also brought a new character to the forefront with Alani, described as a “warrior monk healer”. If you own the Digital Deluxe Edition or Season Pass or took part in the PS4 beta, she’s available today.

Everyone else needs to spend 47,500 Credits to unlock her for free on May 31st. Alternatively, you can use a Hero Key to unlock her.

Alani is an interesting character. Her skill Torrent allows her to fire water bolts at enemies while Wellspring heals her own self and her allies. Riptide shoots a wave of water at enemies with its trailer increasing allied movement speed while Geyser causes a groundwell to erupt, knocking enemies up and binding them. Then there’s Emergence which can summon a Water Dragon to damage everything hit by it. Her passive Osmosis increases the healing of Wellspring with the more stacks built up by Torrent.

The next character was also revealed – Pendles, a “cold-blood killer” who’s literally a reptile. What are your thoughts on the new update? Let us know in the comments.