Blow your enemies away or slice them to bits. 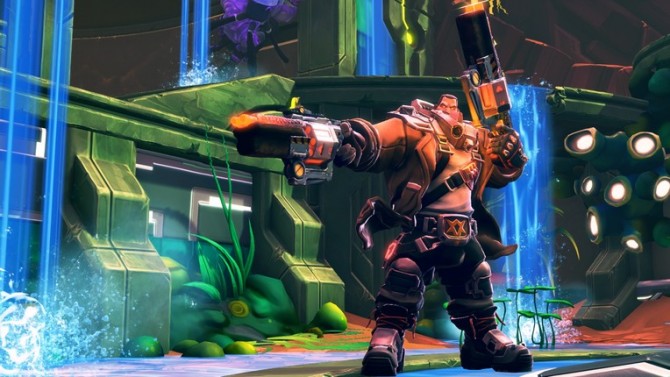 You may have seen them before (at least one of them, that is) but Gearbox Software has released two new videos highlighting Ghalt and Deande from its upcoming FPS/MOBA Battleborn. You can check them out below.

They’re fairly distinct in terms of abilities. Deande is a melee-centric character who uses two fan blades to destroy her foes. These can be thrown as projectiles but she can also activate crowd-control techniques to tackle groups of enemies at once. Ghalt is a little more straight-forward – he possessed two oversized magnums which can rip enemies to shreds. He can also deploy mines and hook enemies towards him, thus trapping them within the mines.

Battleborn will be out on May 3rd for Xbox One, PS4 and PC. It will feature 25 playable characters with an exclusive character scheduled for PS4. A beta will also be taking place before release so stay tuned for more information on the same.