Battlefield 1, Pokemon Sun/Moon, Call of Duty: Infinite Warfare Are Most Anticipated Games of the Holiday

Some of the biggest releases of this year.

Holiday season every year is when the biggest releases are lined up- and that’s the case this year too. With games such as Battlefield 1, Call of Duty: Infinite Warfare, Pokemon Sun/Moon, and Final Fantasy 15 all queued up for release in these last three months of the year, there’s a fair few love to go around, as far as big releases go.

You can check out the full chart below. Battlefield 1 launches later this month on Xbox One, PS4, and PC, while Call of Duty: Infinite Warfare launches next month on those same platforms. Pokemon Sun/Moon is a November 18 release, exclusively on the Nintendo 3DS. 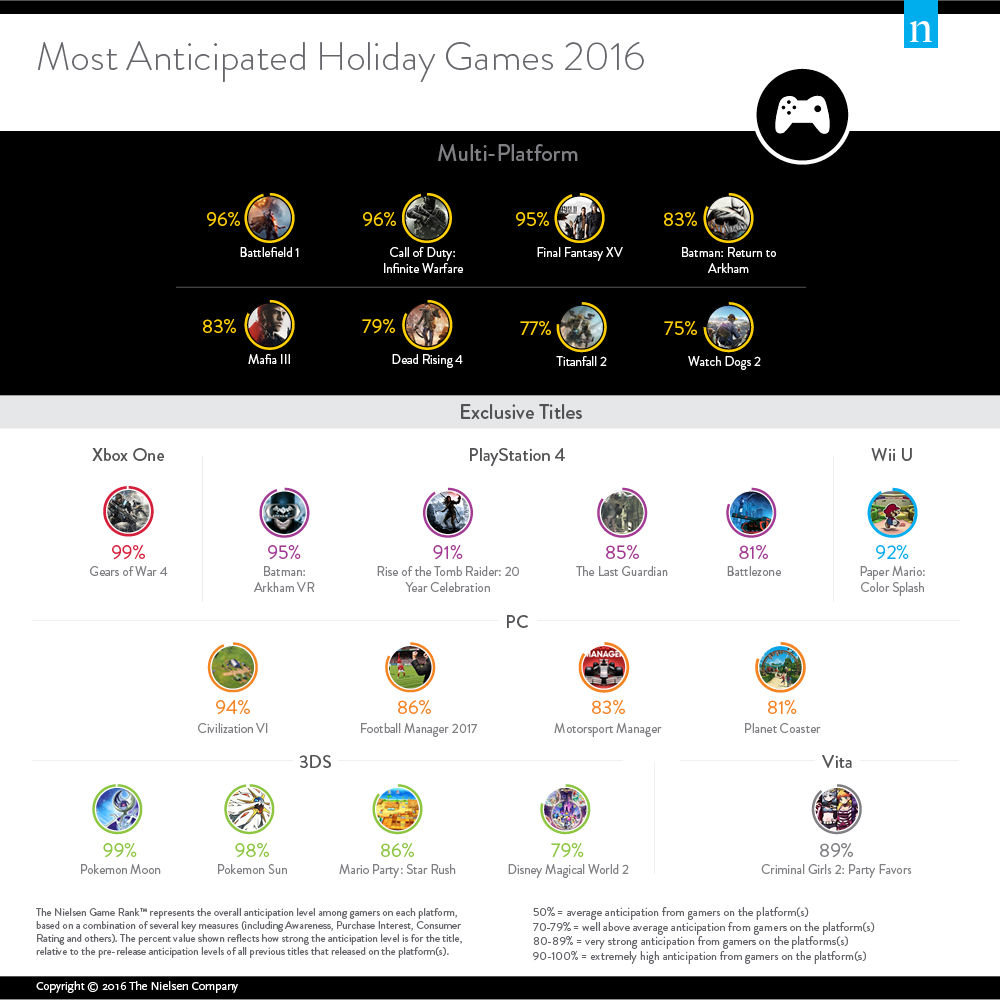