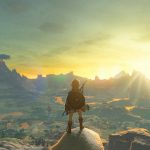 This one shouldn't be too difficult.

This makes Pokemon Sun/Moon the highest selling games of 2016 globally.

Bring over all your Pokemon from the 3DS and Virtual Console Pokemon games!

And once again, they buoyed up the 3DS as a whole in their wake.

Including the infamous Kadabra glitch. 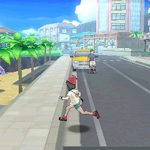 Gotta catch em all, this time on the big screen.

The Japanese games market is reviving.

PS4 reigns at the top of the hardware and accessories sales charts.

Japanese Retailer Reveals List Of Best Selling Games In Japan In 2016, Pokemon At The Top

Nintendo Dominates Software And Hardware Sales in Japan, As PS4 Pro Performance Refuses To Pick Up

Nintendo takes the highest selling software AND hardware in Japan in the biggest shopping week of the year.

November was a Pokemon month.

Is there no stopping this game?

Xbox One S also caused a (small) bump in Xbox One sales.

10 Pokemon per players, let's do this.