Gold and Ultimate Edition owners will receive a new Specialist skin, weapon and vehicle skins, and other items to make up for the delay.

Following Electronic Arts CEO Andrew Wilson stating that Battlefield 2042 would perform “really well over the course of time”, DICE has outlined the next set of updates. It first announced that Season One was delayed to early Summer. This would provide time “to focus on improving the Battlefield 2042 experience while finalizing the development of our seasonal content to ensure that it all reaches our standard for quality.”

In the meantime, the development team is looking to add features like a revamped Scoreboard, currently slated for mid to late February. However, features like K/D scoring and End of Round reporting will be added to it later. VOIP across all platforms and Player Profiles are also in the works along with a “refined” ping system and “improved” reward loop.

As for Battlefield Portal, DICE will look to add more tools and modes while also tweaking how the XP that players receive. While Specialists aren’t currently going anywhere, the developer said it had a team “analyzing” and “working on them. We’re not quite ready to talk about actions we’ll be taking, but as soon as we are, you will hear from us.”

To make up for Season One’s delay, Gold and Ultimate Edition owners will be receiving the Steadfast Exclusive Legendary Bundle. It includes the “Zero Resistance” Specialist skin for Mackay, new weapon and vehicle skins, the Rib Tickler melee weapon, and a new Player Card. These will be delivered when the next update goes live so stay tuned.

Battlefield 2042 is available for Xbox One, Xbox Series X/S, PS4, PS5 and PC. Check out our official review here for more details. 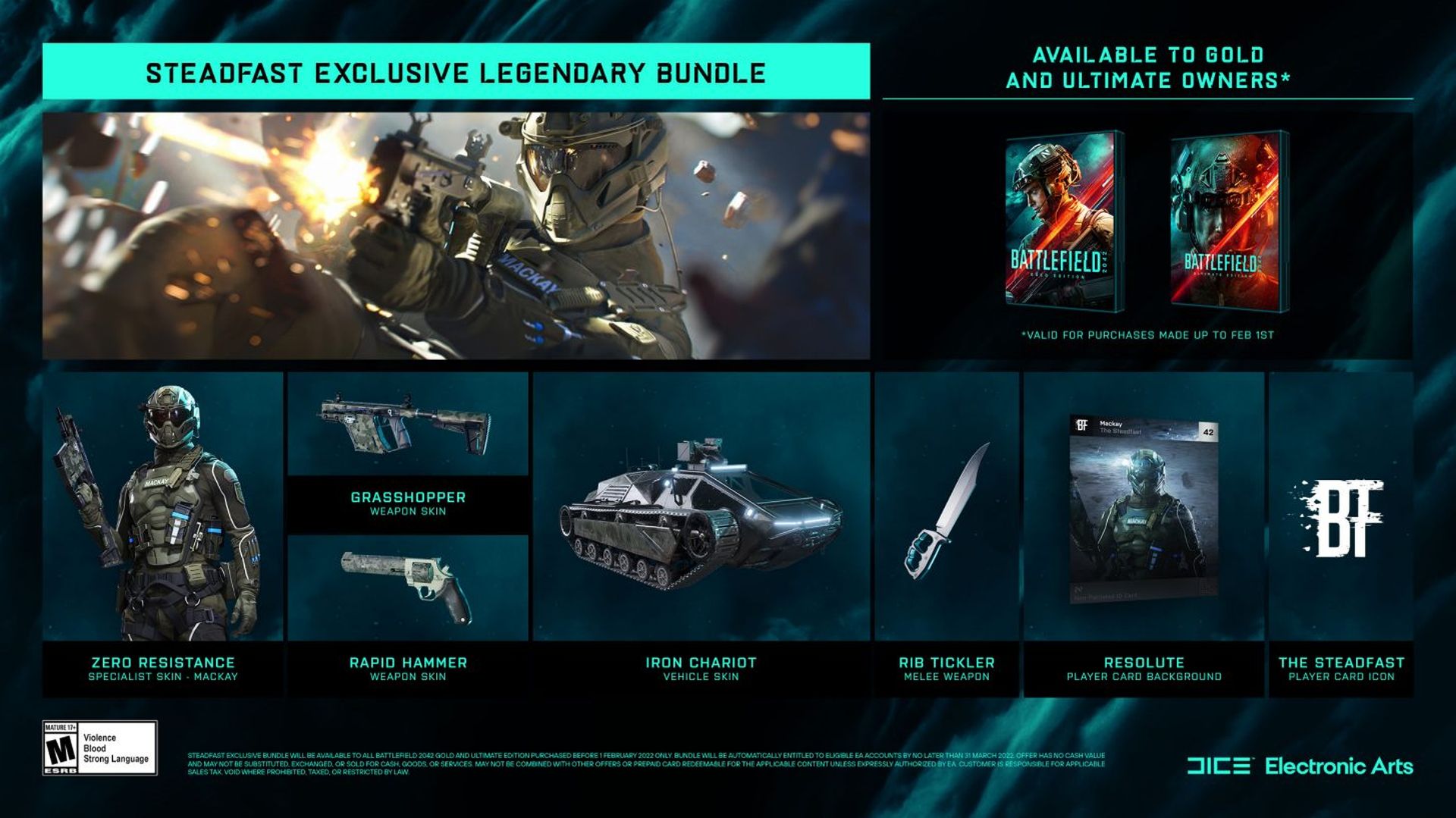