It’s easy to forget just how impressive DICE’s Battlefield 4 when it was revealed earlier this year. The scale of destruction that allowed players to obliterate an entire skyscraper in real-time, with the physics of falling debris affecting other players; the detailed ocean currents that bobbed and weaved realistically against boats; the amazing particle effects and explosions; heck, the sheer breadth of draw distance in the opening level “Fishing in Baku” with dozens of birds swarming in the skies had us captivated. 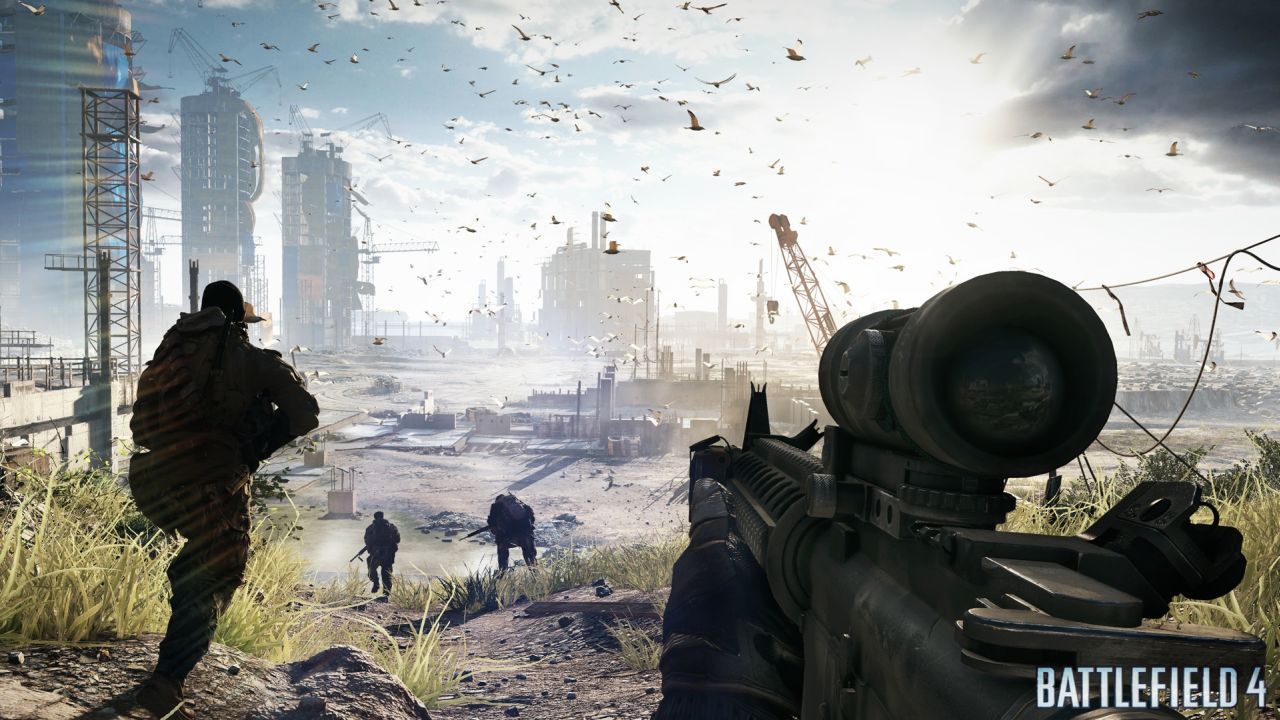 "the debate arose as to how much better Battlefield 4 would look on PC, and if DICE could possibly bring the experience to the PlayStation 3 and Xbox 360."

Since then, we’ve had many other feelers of what the next generation of gaming consoles would be capable of. For that matter, the debate arose as to how much better Battlefield 4 would look on PC, and if DICE could possibly bring the experience to the PlayStation 3 and Xbox 360.

We’re now more than a month into Battlefield 4’s release for both current and next-gen platforms. The game’s multiplayer has been plagued with bugs and issues that have somewhat downplayed the overall visual might of the game. Unlike Ubisoft on Assassin’s Creed IV: Black Flag or Ghost Games’ Need for Speed: Rivals, there are fairly stark differences for all versions of DICE’s shooter. Do they affect the overall game? Find out below. 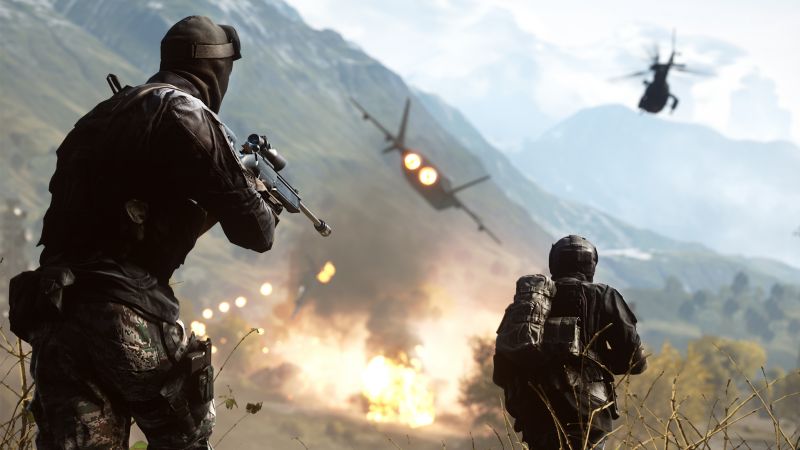 "The good news is that the frame rate for both versions is relatively solid in the single player experience, which has been noticeably deprived of several visual flourishes seen on next generation consoles."

The obvious difference is in the resolution. Current gen versions of cross-gen games don’t tend to exceed a 720p resolution and Battlefield 4 isn’t willing to buck the trend. The Xbox 360 version features a 1280×688 resolution while the PS3 version has a slightly sharper 1280×704 resolution. Both games are locked (or so it seems) to 30 frames per second and both games require a mandatory 1.9 GB install, with the Xbox 360 version having an optional 12.4 GB installation. These kind of installs are necessary to help assist in texture streaming and asset loading so as to reduce the strain on the hardware for aspects like frame rate.

The good news is that the frame rate for both versions is relatively solid in the single player experience, which has been noticeably deprived of several visual flourishes seen on next generation consoles. Waves are less detailed, environmental interactions in terms of destruction and lightning are curtailed, and heavy action does bring the frame rate down every now and then but it’s nothing overtly drastic.

The PS3 fares better than the Xbox 360 in the frame rate department though, remaining relatively more stable throughout. Both versions suffer in multiplayer though, for different reasons, and you’ll be hard-pressed to find any satisfaction from the 24 player capped multiplayer sessions.

Both games have their share of jaggies with the Xbox 360 making use of fast approximate anti-aliasing to smoothen out the edges and blur surroundings at a more basic, performance-oriented level. Compared to the PS3’s morphological anti-aliasing, which makes for smoother edges right down to hair level, it’s a noticeable step down. Though depth of field is significantly average on both versions with some predictable pop-up, both employ a fair bit of motion blur in order to assist performance. 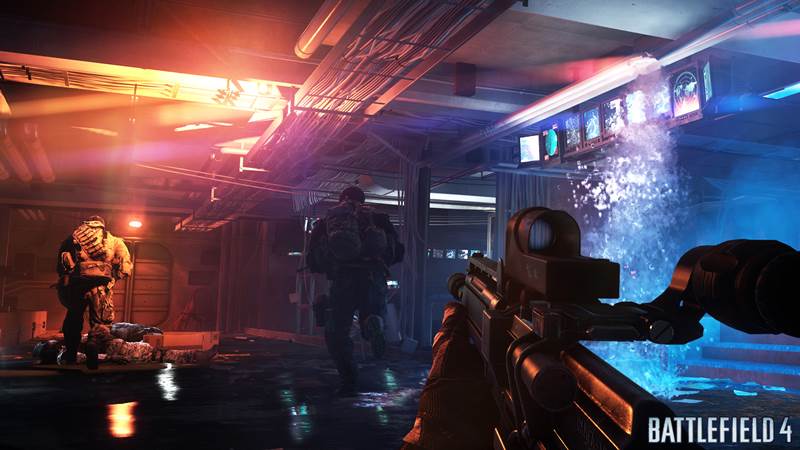 "Aspects such as depth of field are significantly improved and unlike the fixed lightning of current-gen versions, both the PS4 and Xbox One can make use of HBAO to deliver a more dynamic experience."

We’ll get this out of the way right now: The PS4 version looks better than the Xbox One version. It’s not a far and away victory, but the differences are very noticeable. Of course, neither compare to the PC version in performance but we’ll get to that.

The PS4 version outputs at 1600×900 resolution while the Xbox One version features a 1280×720 resolution. You’ll notice the utter lack of “1080” in both resolutions due to the goal of maintaining a 60 FPS frame rate. Overall, the level of destructibility, the sheer detail in the textures – whether it’s assorted debris or individual rain drops hanging off one’s gear – and the busy surroundings raging with tidal waves, capsizing ships and explosions is just as impressive now as the first time we laid eyes on Battlefield 4.

That being said, both the PS4 and Xbox One stall significantly in their frame rates when encountering these sequences. The PS4 is a lot better, losing only a few frames every now and then, but still suffers significantly when playing online. Considering that Battlefield 4 isn’t a straightforward open world sandbox shooter, and even in the outdoor sections it still follows a straight path from objective to objective,  you’ll see variations of performance throughout. Indoor settings tend to be more responsive for the player and flow better compared the chaotic outdoors.

Aspects such as depth of field are significantly improved and unlike the fixed lightning of current-gen versions, both the PS4 and Xbox One can make use of HBAO  to deliver a more dynamic experience.

The PC version, on the other hand, improves significantly on both console versions when taken to its highest settings, particularly in concerns to anti-aliasing and handling pop-up. Frame rate issues are relatively non-existent and while it depends greatly on the hardware you’re packing, it’s the ideal platform of choice for those who want nothing but the best performance. 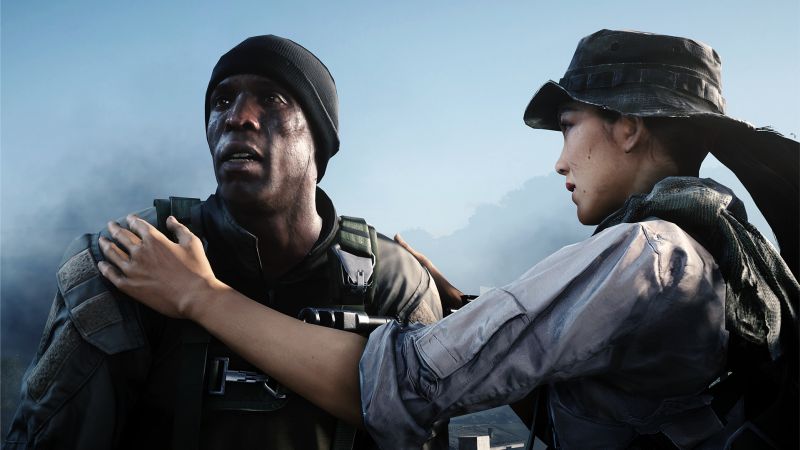 "That DICE could have the PS4 and Xbox One versions compete with the PC version’s higher settings is admirable."

Battlefield 4, in its final release, is an oddity. It looks great and it’s a miracle that DICE managed to translate the experience to current gen consoles at all. That the developer could have the PS4 and Xbox One versions compete with the PC version’s higher settings is admirable. Once again, when taken at its peak, Battlefield 4 is one of the best looking games – if not the best looking shooter – available today. Functionally, the ground reality of performance may not be as amazing as we had hoped but it’s not a tragedy either.