According a to a leaked Origin listing. 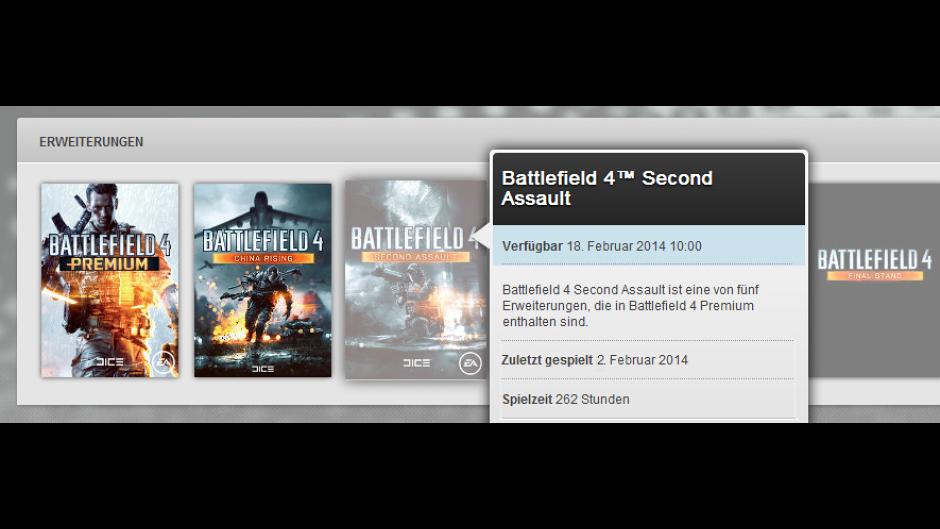 A Reddit user posted the image (given below), taken from the German version of Origin, and while a release date of 18th February is clearly mentioned, neither EA nor DICE have confirmed or denied its existence.

Second Assault is the first of five expansion packs for Battlefield 4 that will be released by the end of this year, and contains four new maps that were created using the FrostBite 3 engine. It was released as a timed exclusive for the Xbox One on November 22nd, on the day of the console’s launch.

It follows logically that the DLC will be releasing on other systems- including the PC- soon, but there has been no official confirmation by either EA or DICE.