Battlefield 5 Might Be Outperformed By Black Ops 4 and Red Dead Redemption 2, As Per Survey Conducted By Analysts

Analysts at Piper Jaffray believe Battlefield 5 may not perform as well as some other upcoming games. 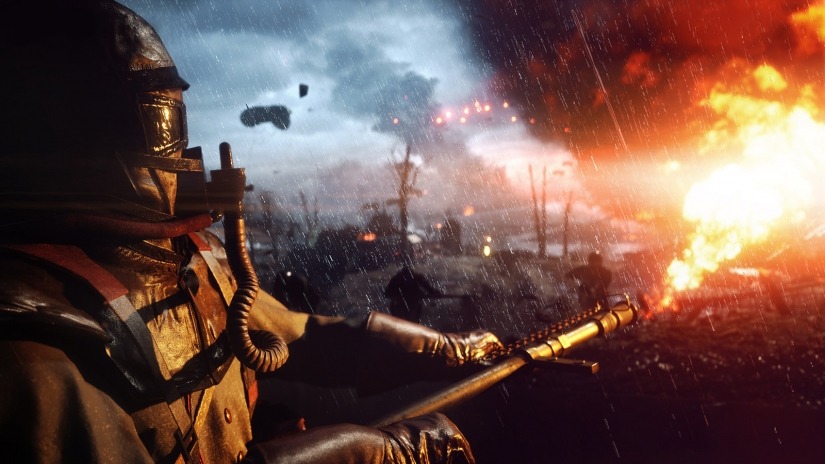 There are a lot of upcoming games to be excited for during the holiday season from October onwards. With a lot of huge games such as Call of Duty: Black Ops 4, Red Dead Redemption 2 and more in the pipeline, people are going to have plenty to choose from. The analysts at Piper Jaffray have concluded as part of a study they conducted that EA’s Battlefield 5 may perform the worst out of all those big hitters.

The analyst firm conducted a survey for five games, including Call of Duty: Black Ops 4, Battlefield V, Red Dead Redemption 2, Assassin’s Creed Odyssey, and Fallout 76. A total of 300 US based gamers were asked which games they were most interested in playing, and Call of Duty: Black Ops 4 was the game most voted for, with Red Dead Redemption 2 in second place. Battlefield V was the game that these gamers were least interested in.

Furthermore, the analysts also took a look at the YouTube like/dislike ratio for these game, and Battlefield V was the lowest in the charts here as well, while Red Dead Redemption 2 was at the top. Of course, there is one factor to consider, which is EA’s decision to feature female soldiers in the game, which many fans did not take very well to, for some reason. That clearly has had an impact on the game’s public perception as well, especially on platforms such as YouTube. You can check the images for results of both these surveys below (via WCCFTech).

Although the game is the lowest in the charts, it will still probably perform reasonably well. Last month, analysts from Piper Jaffray itself predicted that Battlefield 5 and Call of Duty: Black Ops 4 will outsell Red Dead Redemption 2, so there isn’t any consensus on this out there, that’s for sure. We’ll just have to wait and see when Battlefield V releases for the PC, PS4, and Xbox One on October 19. 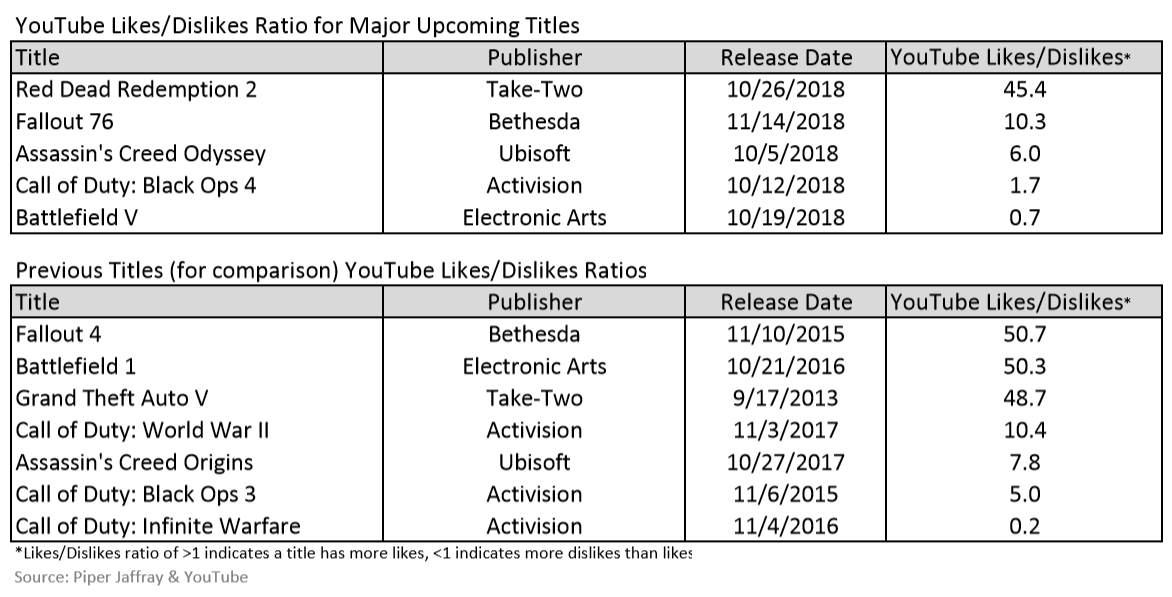