Battlefield 5 shines on both the PS4 Pro and Xbox One X.

It’s no secret that DICE are technical wizards. Their pedigree of delivering high quality visuals has remained unmatched and it honestly is not a big surprise that they have delivered yet again with Battlefield 5. Whatever opinion you may have about Battlefield 5’s gameplay and the way the developers are providing the content, but there is no denying the game’s visual prowess.

Powering Battlefield 5 is yet again the powerful Frostbite engine and just like with every iteration of games developed by DICE, the engine features a combination of subtle improvements and noticeable progression in terms of the rendering tech. For the sake of this technical analysis, we are only going to consider the game’s War Stories modes and how the engine pushes the PS4 Pro and Xbox One X to their absolute limits.

To begin with, let’s talk about the snow rendering tech. What’s with the snow effect these days, anyways? We had Red Dead Redemption 2 doing it in the most accurate manner possible but DICE, as expected ups the ante by bringing in GPU processed snow deformation. Just like how Red Dead Redemption 2 snow effects were dependent on the snow density and the kind of object over it, the snow in Battlefield 5 takes that and mixes it up with destruction and particle effects aspects of the Frostbite engine. So, if a building is destroyed you can see snow particles getting accordingly displaced.

Next up is the lighting effects and given how DICE has time and time again delivered with complex lighting modules, it’s great to see the tech evolved in Battlefield 5. The biggest improvement comes in the form of how each particle reacts with the oncoming light. For example, snow particle has its own lighting shaders giving a close to accurate render of how such an object will react in real life, basically its reflection and refraction properties. Using the Geomerics middleware, DICE is able to deliver one of the leading lighting effects based on a complex simulation of global illumination and physical based renderer.

Another major improvement is the way terrain is rendered in the game. Using a complex material mesh and a custom solution for parallax occlusion, the Frostbite engine manages to deliver closer to real life ground surfaces. However, there are some inconsistences, for example terrain displacement may not always render according to NPC interaction. For example, an NPC running on a wet mud surface may not leave footprints behind. Post processing, as usual, is top class and this coupled with fantastic volumetric and alpha effects come together to render amazing looking environments. Character models are characterized by skin shaders and their animations for the most part is fine. Destruction is solid as ever, although it seems to be particle based compared to its previous implementations. Levels are bigger than ever but minor pop-in issues can be observed on both consoles.

Both the PS4 Pro and Xbox One X, obviously lack the vastness of different graphical parameters found on the PC build, but basic filters like chromatic aberration, field of view, lens distortion, film vignette and others can be toggled to achieved the desired result. These minor parameters have no impact on performance or on other visual parameters, but it’s nice to see DICE adding a few ‘nice to have’ features on consoles.

On the resolution front, both the consoles are employing what seems like a dynamic scaler. The Xbox One X seems to have some scenes render in native 4K but drops down accordingly in some other places. The PS4 Pro on the other hand, delivers the same results as Battlefield 1 with 1800p as the highest resolution. From there it drops down just like the Xbox One X version. Artifacts can be observed in both versions suggesting that a checkerboard solution is in place but it’s difficult to say because of the complex post processing effects DICE’s games employ. Performance wise, both versions target 60fps but it’s the Xbox One X version that manages to hit that target more consistently. 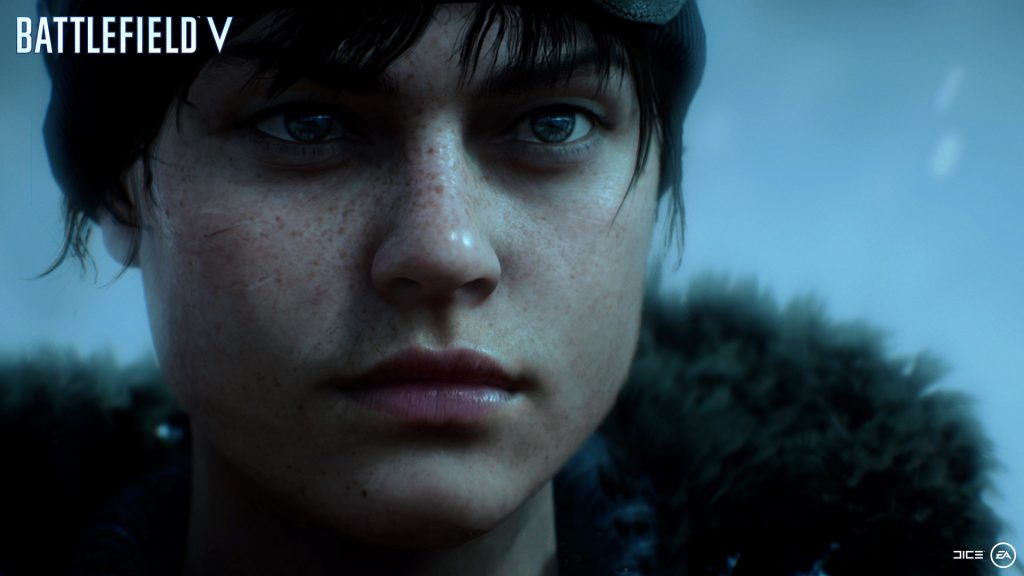 Further differences include the way in which certain textures are loaded on both consoles. We noticed that in one particular place, the PS4 Pro was loading the textures a bit late, however, we are not sure how widespread this problem is on Sony’s machine. Other than these differences, the Xbox One X manages to render insignificant objects (such as wires, or random objects) more sharply compared to the PS4 Pro. General core assets, texture quality, texture filtering and draw distance seem to be similar across both versions.

So, its’ clear that which platform is the best place to play Battlefield 5 on. The Xbox One X excels over the PS4 Pro thanks to its superior image quality and slightly better performance. The PS4 Pro version is by no means bad and it gets the job done but the Xbox One X brings more goodies to the table that simply can’t be ignored.