We get an early look at what to expect from the new soldiers.

Battlefield V’s post launch content has been coming at a frequent pace, with the latest update featuring many fixes to the game’s new Battle Royale mode, Firestorm, as well as the addition of real world currency. But it looks like we’ve also gotten an earlier than intended look at some of the elite soldier skins that will be coming to the game, via some fan datamining (via Reddit).

The soldiers in question are Germany’s Ernest Schubert, Ireland’s Seamus Bryne, and France’s Hanna Delacroix. The datamine has come up with renders for all three of them, which you can take a look at below, while there are also some interesting details about each of their backgrounds.

The “cold, calculated, and always in control” Schubert is a scout, and described as “a skilled marksman trained in infiltration, evasion, and camouflage”. Bryne, meanwhile, is an “aggressive assault specialist” who is “comfortable with explosives at danger-close proximity”. Finally, Delacroix is described as an “instinctual” soldier who is “intense, dominant, controlling”, and has extensive experience with “all sorts of long-range weaponry and optics”.

The game is now available for PlayStation 4, Xbox One, and PC. You can read our review of the game here. 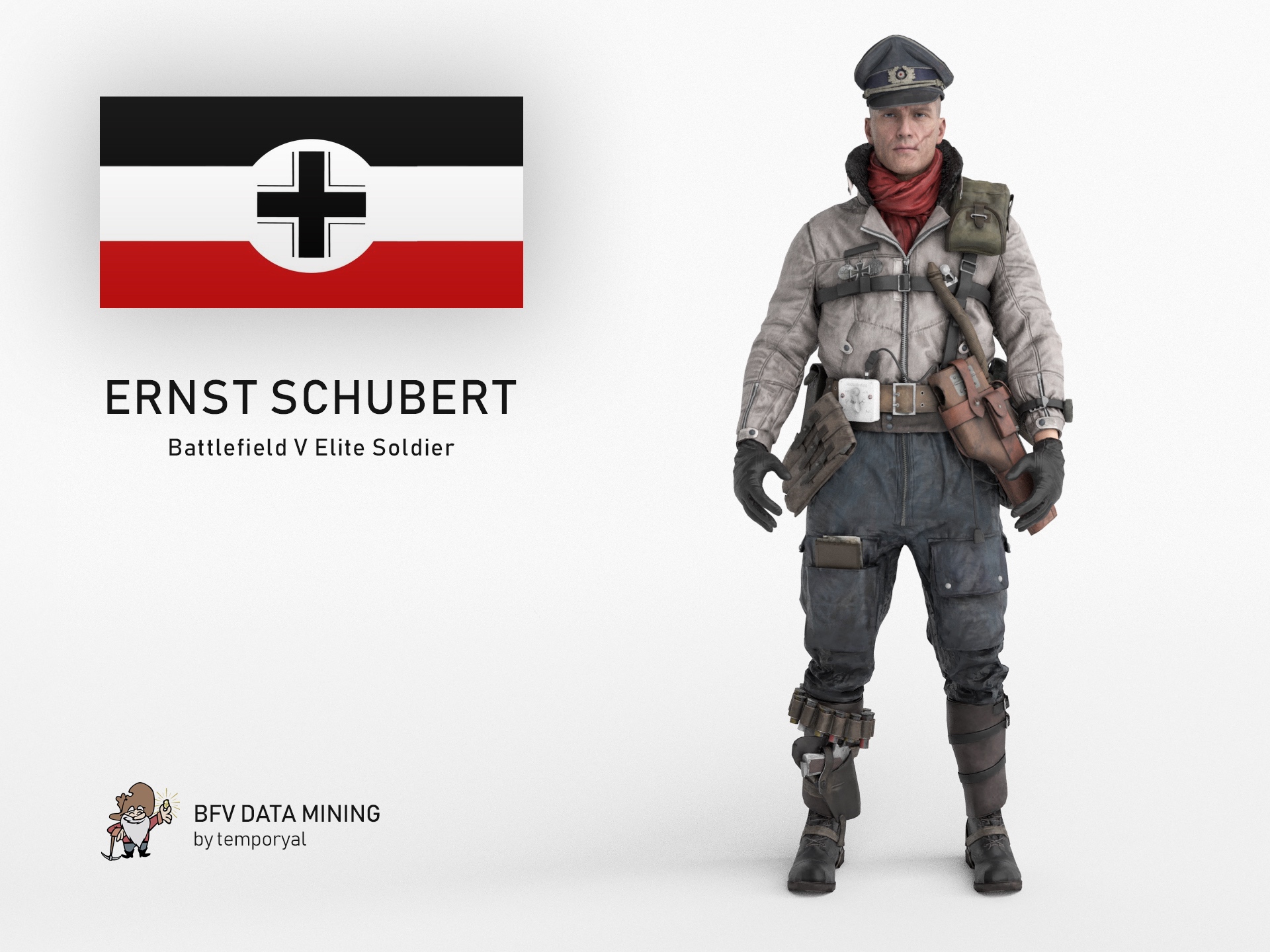 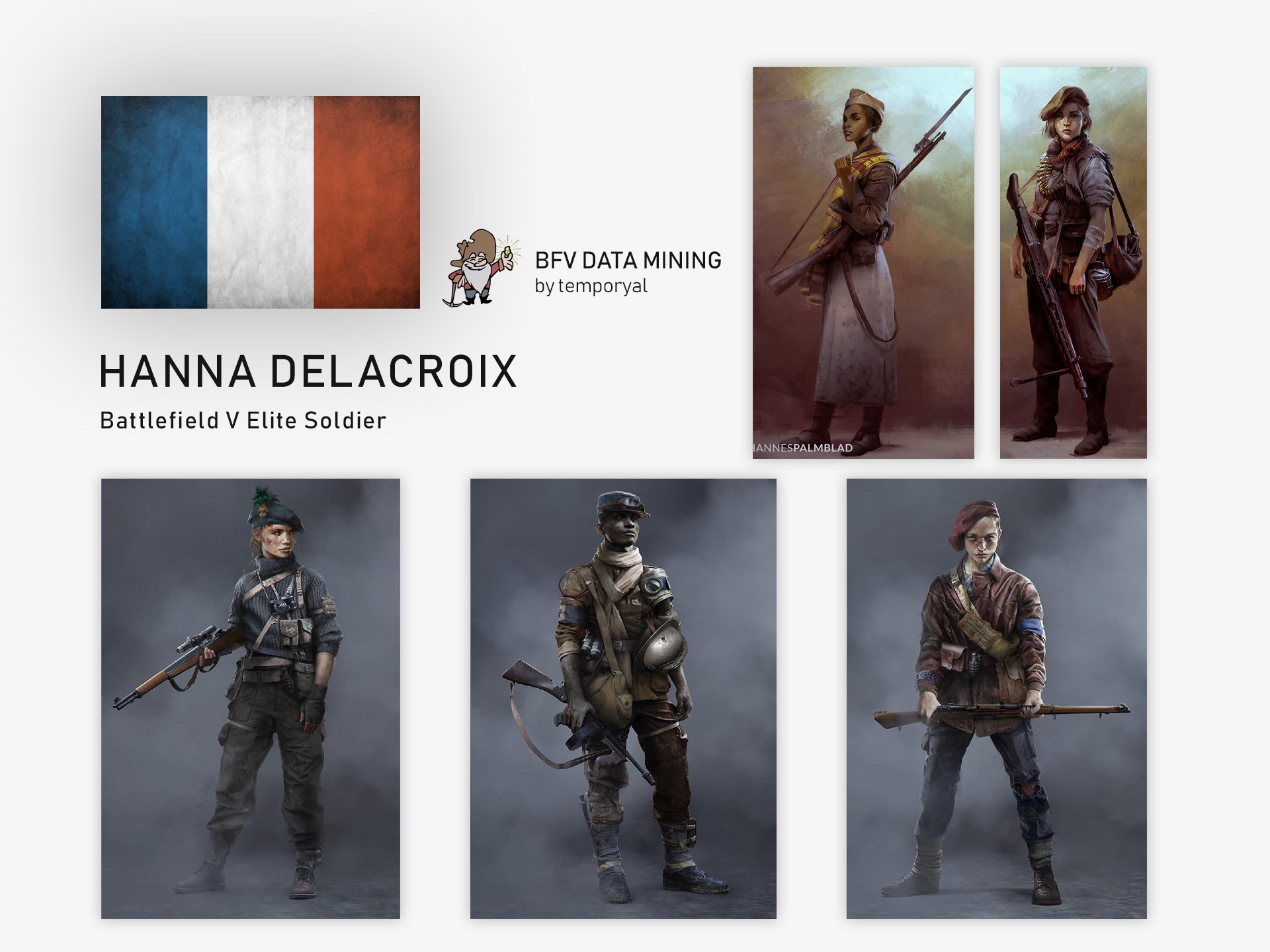 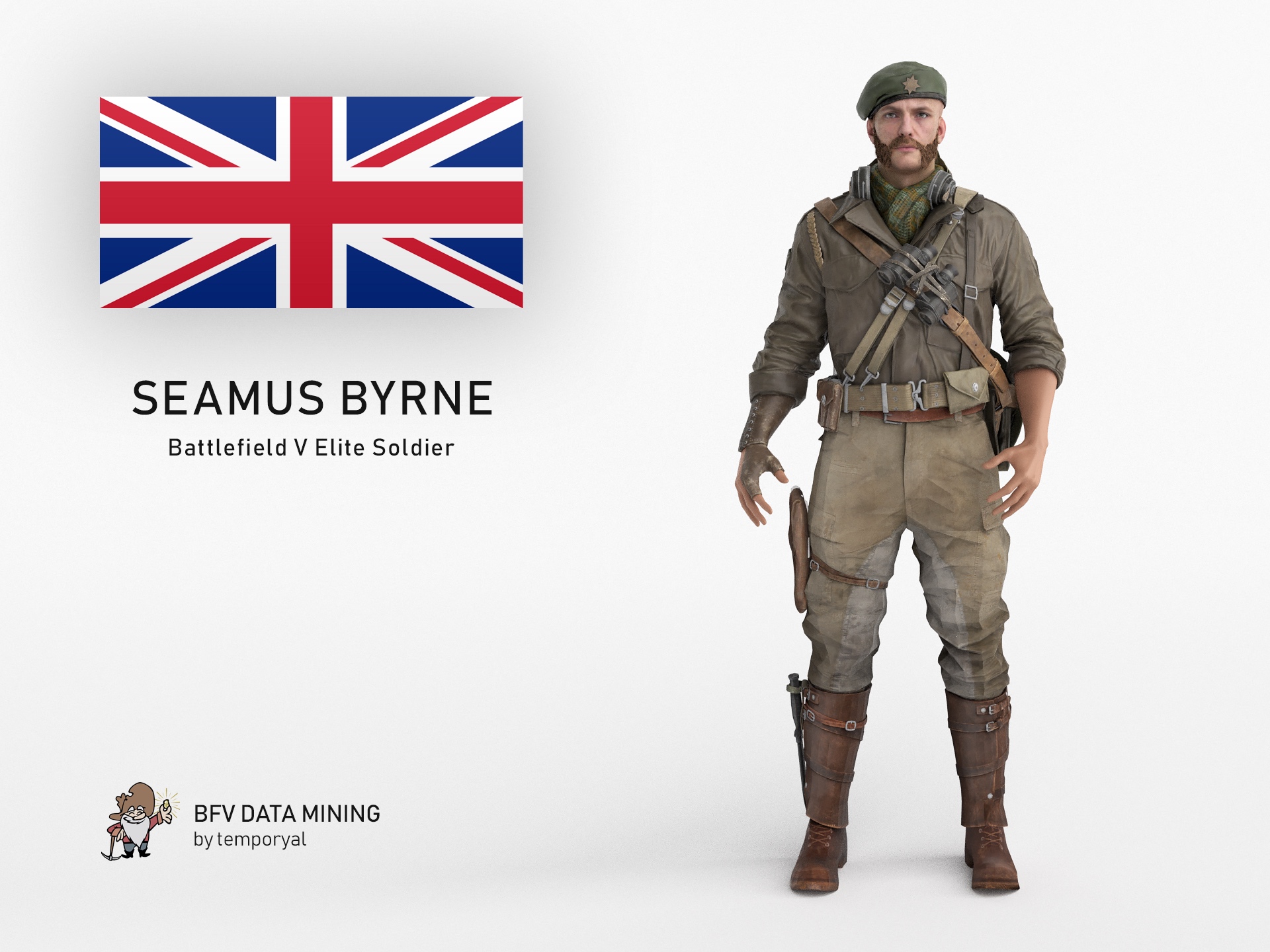