Battlezone Wiki – Everything you need to know about the game

Everything you need to know about Battlezone.

Chris and Jason Kingsley, who are the founders of Rebellion say they have been fans of the series since it was first launched in 1980. When Atari sold the Battlezone IP in 2013, Chris and Jason bought that IP with the express intent of developing a new Battlezone game at the forefront of the new wave of VR. The developers announced that they will first be developing the game for PS4 and the Playstation VR and will be bringing the game to PC at a time to be determined later. The game is slated for a 2016 release on the Playstation VR though there isn’t an actual release date stated for the PC version. The company has also said the game will be supported on the Oculus Rift as well as the Playstation VR but Rebellion is also looking at possibly bringing the game to other VR platforms.

When talking about the reasons the developers wanted to buy this game, the two released a statement saying, “When the original Battlezone came out in 1980 – long before we were developing games – Chris and I were among the many who made up its loyal arcade following,” said Rebellion CEO Jason Kingsley. “When we acquired the Battlezone rights two years ago we almost had to pinch ourselves! It really was a dream come true, so it’s our aim to deliver the same revolutionary thrill of the original for a whole new generation. We want to use VR to truly capture the imagination of today’s gamers, just as the original Battlezone captured ours.”

The company has also said it is exploring the ability of putting out the game in a format that won’t be taking advantage of VR, for those people who are not fans of the platform of VR. The company has not put anything into stone about those kinds of plans. The game is going to be developed and powered by Rebellion’s next-generation game engine, Asura.

The video game was first revealed at the 2015 E3 presentation. The game also had a playable demo, though it was limited in just how much of the game was actually available to play through. It wasn’t until September 24, 2015 that Rebellion was entirely sure that it would be able to offer the game on VR for the PC platform. On that day, the company was able to confirm it could actually offer the game on Oculus Rift. They announced support for the platform by saying, “We’ve come a huge way since then, but the development community needs to work together to help make VR a success, and Oculus are definitely playing their part. The technology, the hardware, it’s finally all there – and make no mistake it’s game experiences that are going to take VR headsets to the mainstream, not film or TV.”

On October 27, 2015 the game was announced as a launch title for Playstation VR and that at least at the launch of the game, would be exclusive to Playstation. 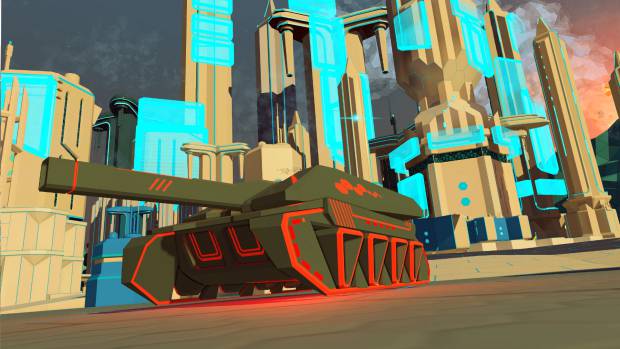 The point of this game is to make the player as though they are actually in the middle of a war. Because the game is virtual reality, the gamer is supposed to feel as though they are actually in a tank and fighting a war against some of the most deadly enemies in all the land. Beyond the different battles that are going to be fought inside a tank against other tanks and military vehicles, there isn’t a ton known about the full story of the game, it’s expected to be similar or the same as the original, 1980 game. The user will be fighting against the rather evil Rotberg Corporation. 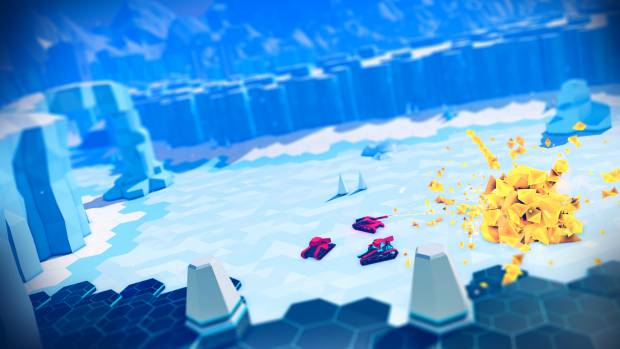 The developers have said that Battlezone will be able to give players a real feel for battlefield awareness, a monumental sense of scale and breathless combat intensity because the game is actually surrounding the player in Virtual Reality. The player is in the cockpit of a super tank as the player takes on other tanks. A player’s instincts and senses are meant to respond to every threat on the battlefield as enemy swarms move on the tank and fire super-heated projectiles at the player.

The player is going to be piloting a Cobra tank and the users will be able to load the Cobra with a wide range of weapons. While the player is fighting battles against other tanks, there will be an opportunity to earn combat power ups. The point of the game will be to outflank and outwit the enemy. While other tanks are going to be the main enemies there will be other varieties of ground and airborne defenses. Eventually the game will feature a final boss battle with the metal mind of the Rotberg Corp. The developers have said there are going to be a number of different maps to play through during the game, though the company has not actually said how many maps there are going to be when the finished product is actually revealed. 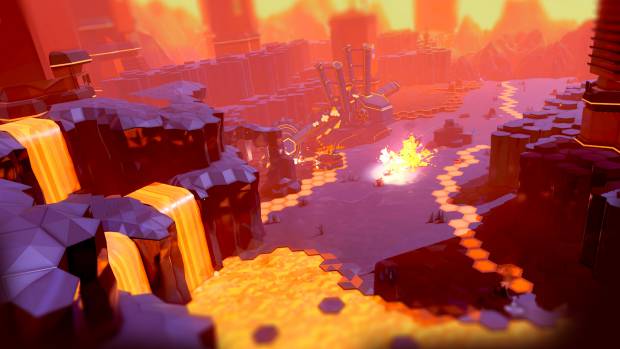 Battlezone doesn’t have too many official characters in the game, the player takes on the hero of the game, though there isn’t a specific name known for this character. The enemies included in the title are minions of the far future corporation known as Rotberg Corporation. There is also apparently a boss that the player will have to take on after he gets through the waves of other minions that are in this futuristic world. The developers have not details if these other characters in the game have specific names.