Beholder 3 Review – A Culmination Of What Came Before

Beholder 3 is a game that shines in some departments, but falls equally short of the mark in others.

Much like publisher Alawar Premium’s previous outings in the franchise, Beholder 3 remains a game that’s all about surviving and thriving by any means in a totalitarian state. It’s political with its themes and narrative, and sports some interesting gameplay mechanics to go with it. More often than not, however – these promising and rather unique themes get undermined by shallow gameplay mechanics and other technical inefficiencies.

Beholder 3 puts players in the center of the action straight away. You play as Frank Schwarz, a paper-pushing employee at a government organization. After your work computer gets implanted with a virus from an unknown hacker, you are taken into custody by the authorities – wherein you are given two options – either scrape coal through your bare hands in the mines for the rest of your life or work as an undercover informant for the government. Unsurprisingly, Frank chooses the latter of the options – following which he is appointed as a property manager for an apartment. 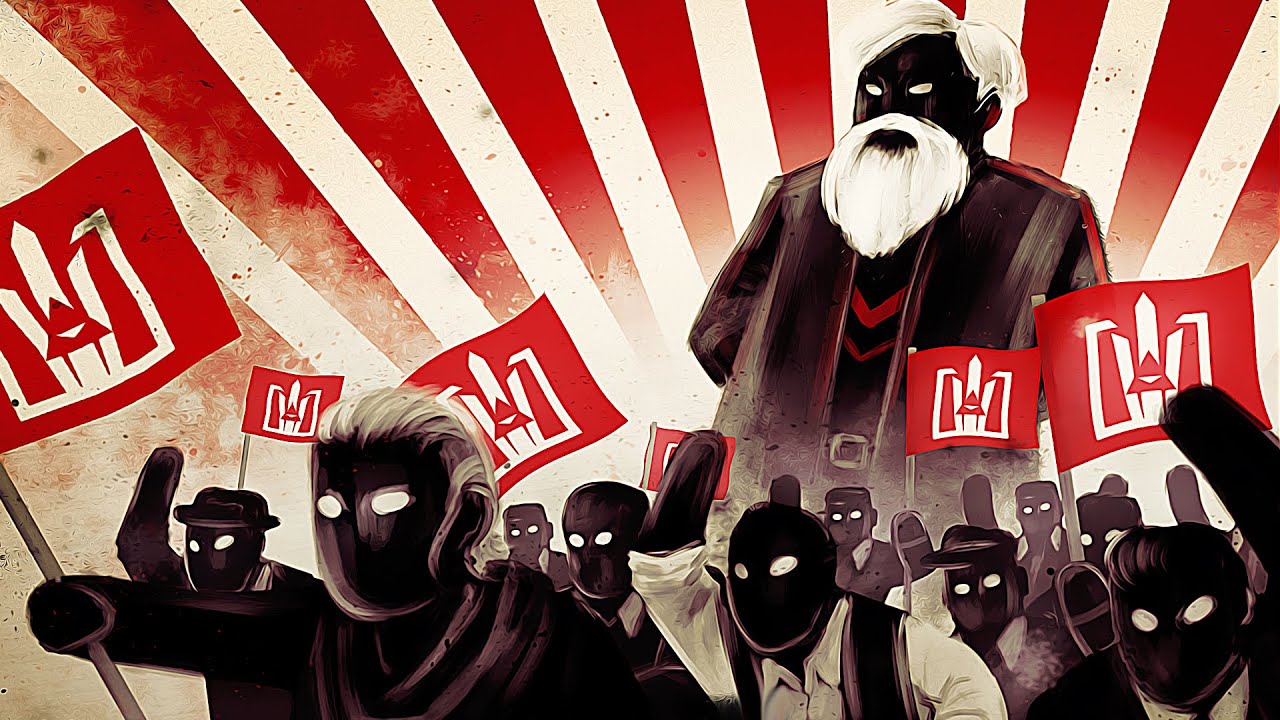 " Unsurprisingly, Frank chooses the latter of the options – following which he is appointed as a property manager for an apartment. "

As the property manager, you have to take care of all the public services within the apartment – such as the laundry, heating machines, and garbage cans. But most importantly, you have to keep a close eye on your tenants at all times; carefully monitoring their activities using your tools of espionage and tricks of social engineering. Should you get a hold of anything suspicious, it falls upon your shoulders to report them to the authorities.

The story isn’t anything exceptional, although it manages to do a great job of depicting a totalitarian state where rules need to be followed to a tee in order to survive. It’s rather interesting to see citizens hiding a pair of jeans in their closets because that’s a symbol of modernism, or having a conversation describing what a CD player is and how earphones work as you work on a reform to legalize listening to Rock, Pop, and Punk music. However, most of these interesting concepts are punctuated by dialogue that’s extremely bland and a chore to sit through.

The overarching narrative is all about Frank climbing the ranks of the Ministry and making a ton of choices along the way. Beholder 3‘s choice and consequence mechanics are very well done, and many of them alter the relationships between the characters in meaningful ways. For instance, you could cater to the officials who are forward-thinking and revolutionary, or you could carry out all orders from the Great Leader with utmost sincerity. However, with your life always on the line – you are very likely to end up in a moral middle ground where you are constantly teeter-tottering with your moral choices in the hopes of making it out alive and hopefully, climbing through the ranks as quickly as possible. Beholder 3 is at its best when it is operating on this tight-rope choice and consequence mechanic, which it manages to retain for a good amount of its runtime. 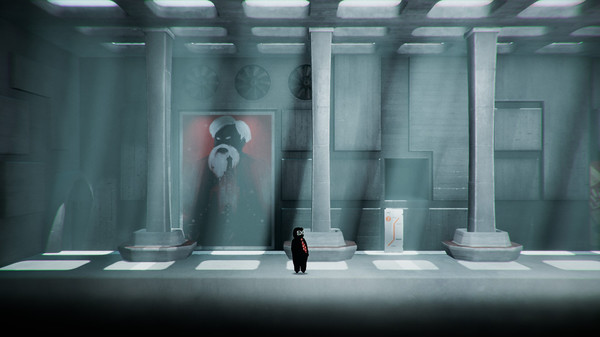 "Beholder 3 is at its best when it is operating on this tight-rope choice and consequence mechanic, which it manages to retain for a good amount of its runtime."

Beholder 3‘s gameplay is standard point-and-click adventure stuff minus any puzzles. Most of the time, you will constantly run around the same spaces over and over again, interacting with various objects and engaging in conversations with NPCs to complete quests. Your tools of espionage include a hidden camera which can be planted in a tenant’s apartment or a colleague’s office cabin and lockpicks that can be used to break into these spaces to either gain or implant evidence that can be used in Frank’s reports or blackmails.

In Beholder 3, money and time are your most valuable resources. You see, most of the quests are time-sensitive, and failure to complete the tasks given to you by superiors will always result in a game over. Additionally, players also have to manage their money wisely, as the moment you get bankrupt – it’s game over. You can earn additional money by completing side quests, doing chores in a timely fashion, and providing any relevant information about your tenants to the Ministry.

"You see, most of the quests are time-sensitive, and failure to complete the tasks given to you by superiors will always result in a game over. "

On the flip side, if you forget to do your chores or get caught snooping around – you will be liable to a fine that needs to be paid in due time alongside the usual bills that come with managing a property. So, while you can easily load a previous save state should things go awry, Beholder 3 demands players to take every action with intent and a forward-thinking approach to maximize the chances of success. This creates a sort of knock-on effect where the choices you make in a haste to complete in the given time will affect future choices and quests.

For instance, saving up money early on will allow you to easily pay up for high-level equipment later on or bribe some personnel to complete certain missions. On the other hand, if you spend money carelessly  you might not be able to make ends meet later on making the game harder. It’s a neat concept that works well for the most part, but the core issue with the gameplay is that it is very thin – so much so that it borders on being unenjoyable. You will be subjected to the same tasks, sitting through the same boring dialogues, writing the same reports over and over again until you start to stretch yourself out too thin. It’s tedious. As such, Beholder 3 can be a tense game at the best of times and a boring walking simulator at its worst. 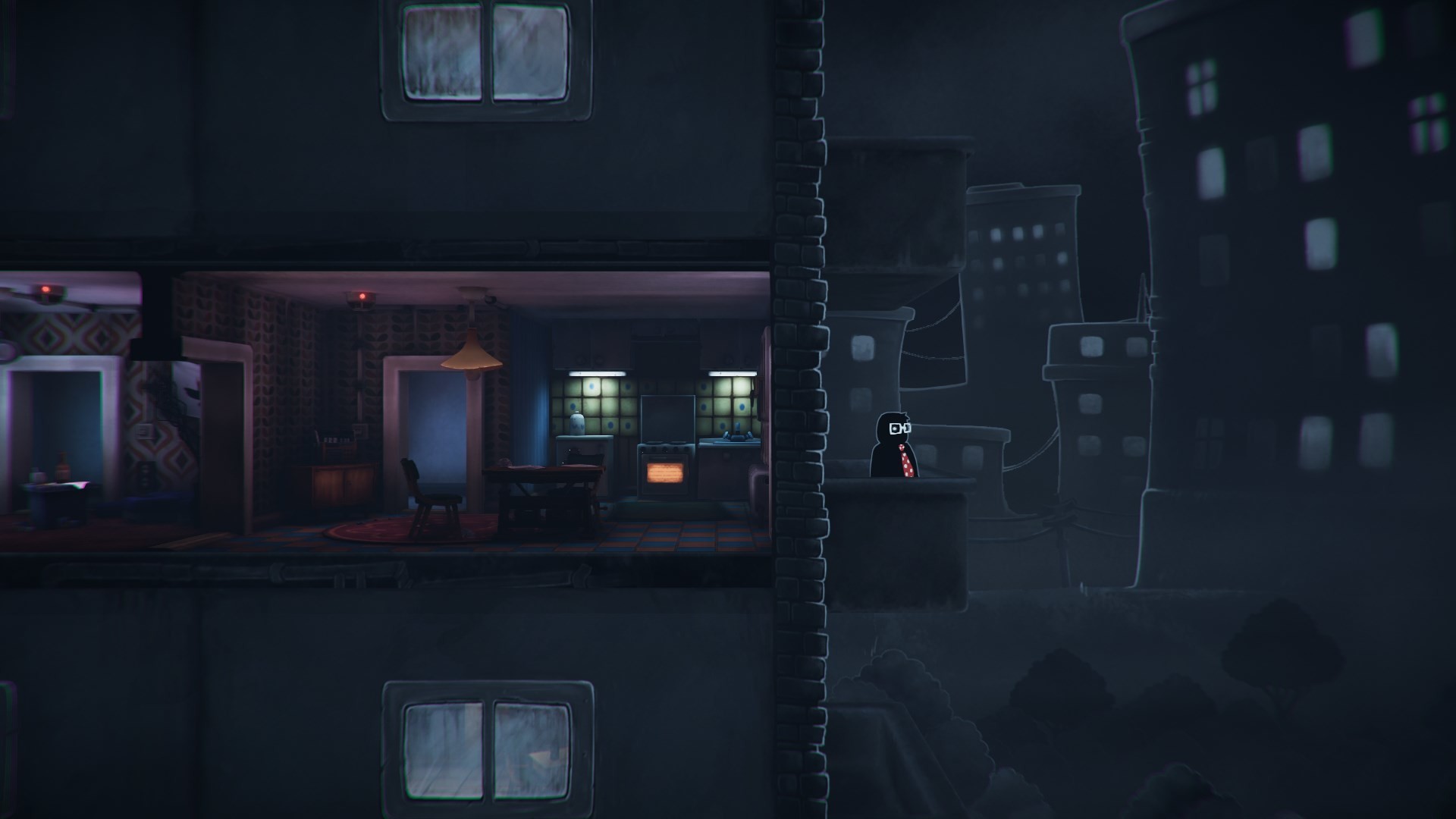 "Beholder 3 can be a tense game at the best of times and a boring walking simulator at its worst. "

Coming to the presentation, Beholder 3 presents itself in a dark and gloomy presentation marked by black and gray as the dominant colors. It has a clean and distinct look, which adds a lot of personality to the game. The interface is also minimalist and easy to understand which is a win in my book. However, what soured my experience with Beholder 3 the most were the bugs. During my time with the game, the protagonist would randomly get stuck when jumping back from a menu screen for no reason -requiring me to completely quit out of the game and load in all over again. Other bugs include characters getting stuck on surfaces or getting overlapped on each other – making it impossible to interact with them in certain situations. Other times, quest objectives would randomly disappear out of my HUD for seemingly no reason. A point worth noting here is that the review version of Beholder 3 is a work-in-progress build and version 1.0 will go live on launch day which may fare better in terms of technical stability.

Beholder 3 takes all that worked in Alawar’s previous Beholder games, and coalesces them into a neat little package that doesn’t shy from going into dark spaces with its political drama and depiction of a totalitarian state. Its choice and consequence mechanics work really well in tandem with its constantly high-stakes gameplay. However, many of these ideas get dragged down by bland design and dialogue, and loads of technical inefficiencies. Beholder 3 might not appeal to everyone, but the bottom line is this – if you liked Beholder and Beholder 2, you will probably end up liking this one as well.

Final Verdict:
FAIR
Beholder 3 does a great job at depicting a totalitarian state controlled by an iron fist, but that promise is heavily undermined by thin gameplay mechanics and technical issues.
A copy of this game was provided by Developer/Publisher/Distributor/PR Agency for review purposes. Click here to know more about our Reviews Policy.