Now get some of the best PSN games available at retail. 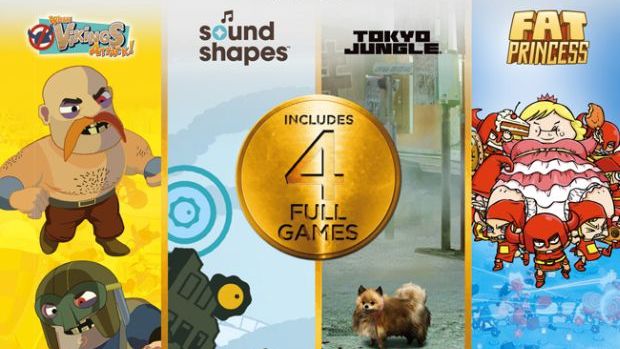 Sony’s Best of PlayStation Network compilation aims to bring the exclusive digital downloadable games of PSN to gamers without high-speed internet access. Now, the first volume of this compilation has been announced on the official PlayStation blog for release on June 25th.

It includes four PSN-exclusive titles such as When Vikings Attack, Fat Princess, Tokyo Jungle and Sound Shapes, some of which have become associated with the PlayStation brand since their release (read: Fat Princess in PlayStation All Stars Battle Royale). Of course, others like Sound Shapes have been critically acclaimed for their gameplay and are alone worth the price of admission.

If any single game in the collection entices you, the Best of PlayStation Network Vol. 1 disc will be available for $39.99. Which is apparently a good $15 off what you’d have to pay to get it on the PlayStation Network. Certainly a good deal, if not a suspicious enough ploy for exercise.