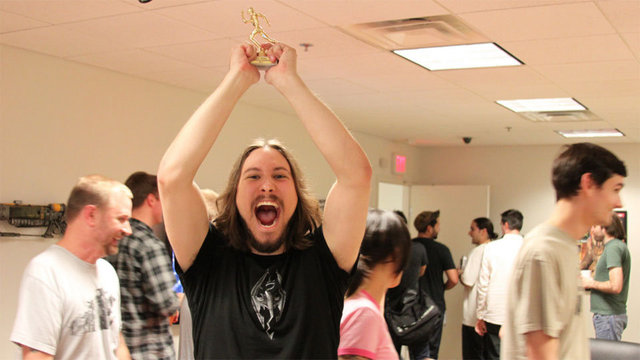 This feat was achieved by a Quality Assurance tester in Bethesda called, Sam Bernstein. He did this in a speed run competition hosted by Bethesda and beat his competitor Jeff Browne by 20 minutes. He also beat Fallout 3 in 75 minutes. The game took me 50 hours to beat, so for average plebs like us, it will take a lot longer, as if you didn’t already know. You can check out all the awesome pics at their official Flickr account.

Tell us what you think in the comments section below. Are you impressed by Bernstein’s achievement? Let us know.