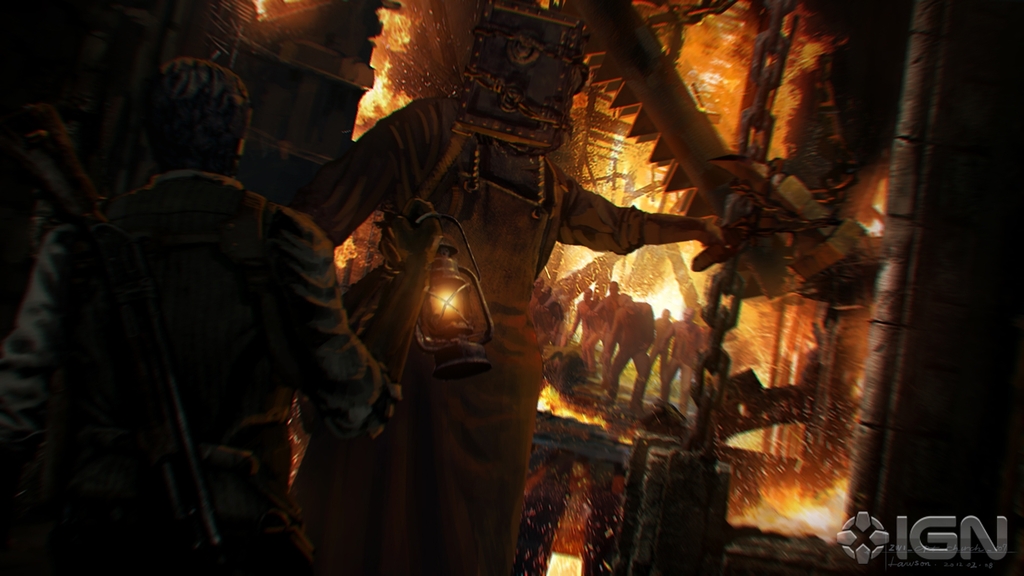 The Evil Within is a scary game based on our earlier coverage here but we also have some new information on the story and engine details. It runs on id Tech 5 which is good news for people expecting visual bonanza from the game but the early screenshots released don’t do the visuals much justice.

Here’s the story taken via Japanese website of the game. (via source)

“When Detective Sebastian and his partner rush to the scene of a gruesome mass murder, a mysterious, powerful force is lying in wait for them. Witnessing the killing of fellow police officers one after another, Sebastian is then attacked and loses consciousness. Waking up in a land where monsters are wandering about, Sebastian has to fight his way through a world of death and its close friend madness in order to understand what’s going on. Sebastian has to face his fears in order to survive on a journey to discover what lies in the shadows of that mysterious force.”

They have also revealed the features of the game and as you can see they are aiming for a pure survival horror game filled with unique things.