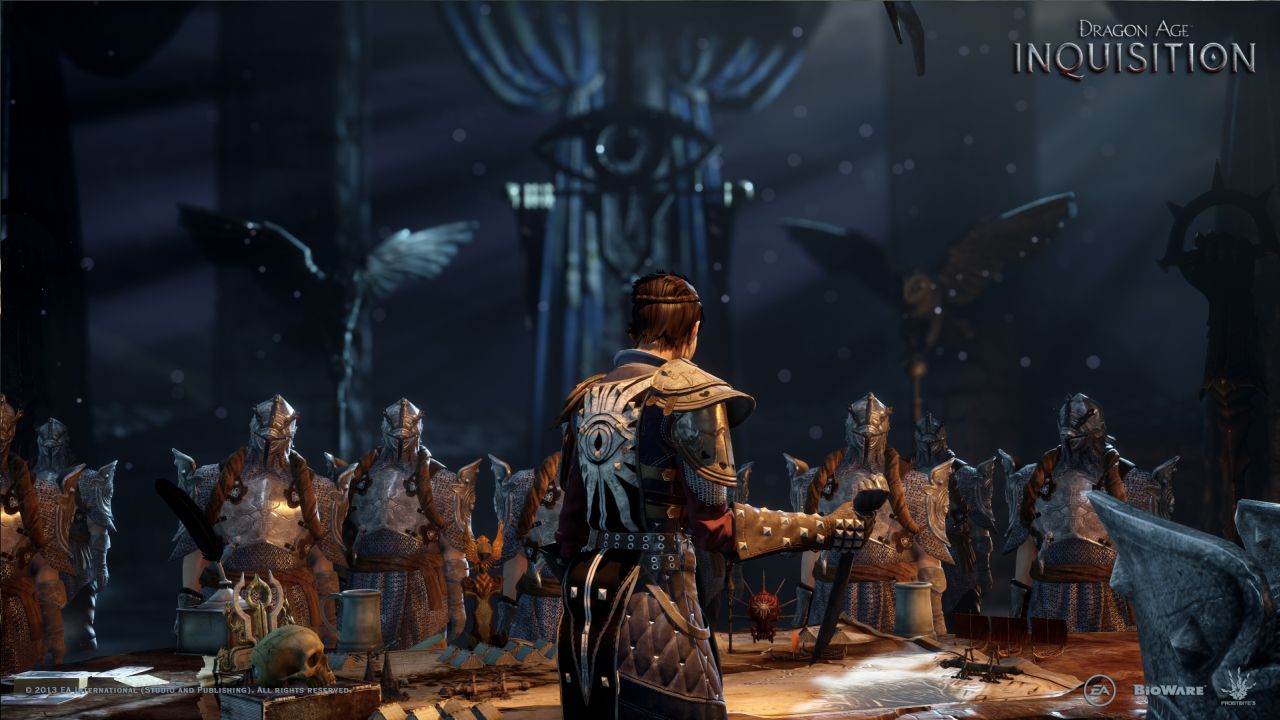 When Dragon Age: Inquisition was first revealed, it was stated that you would lead an inquisition to combat the forces of darkness, presumably garnering support from other races. Considering that something similar was the case in Mass Effect 3, with the player needing to gain the support of several planets and races in order to defeat the Reapers, Bioware producer Cameron Lee clarified the similarities with OXM.

“Well, it’s interesting that that’s the impression that you got – it’s not really the case. We have this event that occurs and the world is in chaos, sure, but in Mass Effect, you always knew what the threat was, you always knew that the reapers were there. In Dragon Age: Inquisition, whilst there is a humongous tear in the sky, and all these powerful factions and nations are in chaos – all this is happening at once, and that’s a little too strange to just suddenly occur and be coincidence.

“So the player has more of an investment in uncovering what’s going on here. And it’s not necessarily about uncover some truths and get this person on side in order to deal with the thing at the end, it’s a lot more complex than that. And you know, you are a force. Yes you’re a character, but you lead this organisation, this inquisition, which has a really significant presence in the world, a presence and an influence on these different nations and factions.

“So in Mass Effect you formed factions but it was mostly on a personal scale, whereas in Inquisition you’re talking about having a personal impact, but mostly through these big crunchy, meaty decisions and impacts that the Inquisition can have on the world. It’s kind of like the difference between being a Jedi, and founding the Jedi Order.” He also added that the overall garnering of support is more similar to the first Dragon Age.

As for the various employees hired for multiplayer, Lee stated that, “I have no idea at all in terms of hiring, but you know, the Mass Effect multiplayer stuff is really good, so we’ve certainly looked at options like that, but we haven’t decided on anything in terms of multiplayer at this point.”

Finally, he talked about the inclusion of the Qunari as a playable race. “There’ll be people out there who understand the Qunari and their religious beliefs and how all that work. There is a valid reason why Qunari are sitting on the throne of the Inquisition, as there is for an elf.

“Elves have been persecuted in this world, so how would a human nation feel about having an Elven inquisitor come up to them and talk to them? So there are ways that all this fits together. David Gaider and the writers are hard at work putting that together. But it’s interesting to see it all take shape.”