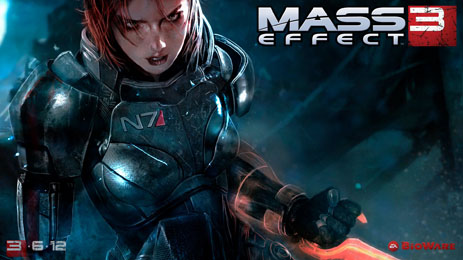 We all have been curious about what the character roster in Mass Effect 3 will be, who’ll be in our party permanently, who we’ll be making alien babies with. But BioWare’s not ready to reveal that yet, since they feel it’s a large of the story, something they do not want to spoil.

“People wanna know, ‘show me my permanent roster of squad members, show me my roster of love interests,’” producer Casey Hudson said in the latest episode of BioWare Pulse.

“But of course, that is so much a part of telling the story.

“That’s why we don’t wanna say, ‘yep, here’s all the characters that are permanent squad members,’ because first of all, it doesn’t make sense in a war story. It’s not true to the game.

“Some characters you might get, some character might die, and the discovery of how that’s all gonna work is so much a part of the story that we don’t wanna spoil it.”

“A lot of people love different characters and wanna see them come back,” he continued. “We make the story of Mass Effect 3 out of these different story lines that come together.

“In Mass Effect 3 though, it’s all in the context of a larger galactic war.”

You can watch the full Q&A video below: