Bioware pumped up to work on the Playstation 3

VideoGamer.com interviewed vice president of entertainment and miscellaneous at BioWare, and vice president of Electronic Arts, Greg Zeschuk, said that the team?s found developing on the PS3 ?exciting?, and even has its advantages.

?It’s been interesting,? he said. ?It’s actually been quite good. We discovered a couple of things we did were pretty beneficial. We have multiple threads going for the game and it looks really great on the PS3. You can just throw them on all different processors, for example.

?It’s new. Because we already had experience on 360, that kind of got ahead a little bit, but now we pretty much caught up. Actually it was very exciting. People on the team were really pumped to work on it. They were like, wow. We have a lot of people that like doing new stuff and trying new things, and they were like, wow another platform, can’t wait! It’s been good.?

Zeschuk added that BioWare?s previous commitment to Microsoft?s consoles was a result of having worked with the US company for five years. 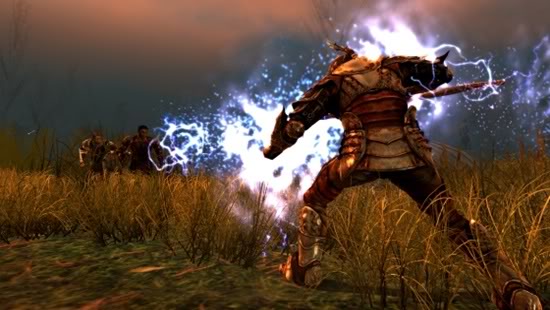 ?It’s going to be exciting having a PS3 game out finally. We only did one PS2 game ? MDK2 on PS2. It’s not like we have anything against Sony by any stretch. It’s just that from a publishing perspective we worked with Microsoft for five years – that made it so easy to focus on Xbox and we didn’t have to worry about the PlayStation platforms. But now, since being part of EA, it just makes complete sense. It’s something we’re totally behind.?

Zeschuk, however, said BioWare was not only getting to grips with the console, but discovering its advantages.

?It’s not bad actually,? he said when asked about development struggle on the platform. ?It’s funny, we had extra graphic memory left over on the PS3. We were like, wow! So we actually started putting some of the audio bits in there and stuff. It’s a function of effort. Overall, pretty happy with how it’s turning out.?