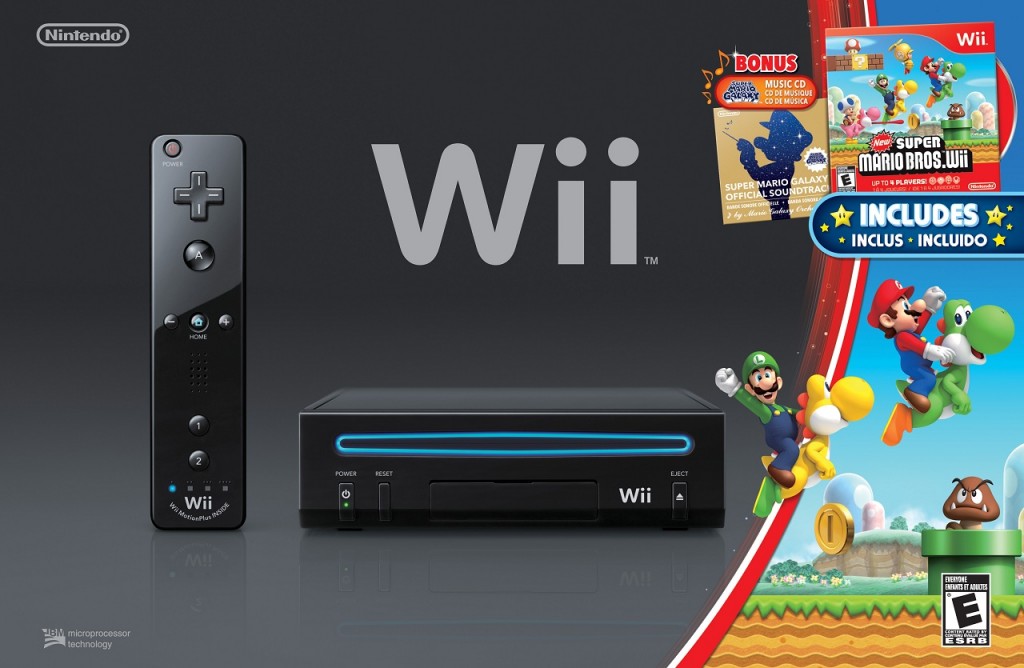 Nintendo has announced that a black Wii bundle will be available in America this holiday priced at $150. The bundle contains New Super Mario Bros. Wii game and a music CD of Super Mario Galaxy.

It will be retailing at $150. It will also contain black Wii Motion Plus along with a black Nunchuk controller. The music disc will not be available anywhere else and will be a part of the bundle only.

‘The Super Mario Galaxy music CD, which includes a selection of memorable music from the acclaimed video game, is available only as part of the new Wii bundle and will not be sold separately’.

The standard Wii bundle will be available for $150 as well but doesn’t contain the music CD. It contains all the other accessories. The bundle is a solid value for money at $150, so are you excited for it? Tell us in the comments section below.