The system is based on its handheld, which released last year. 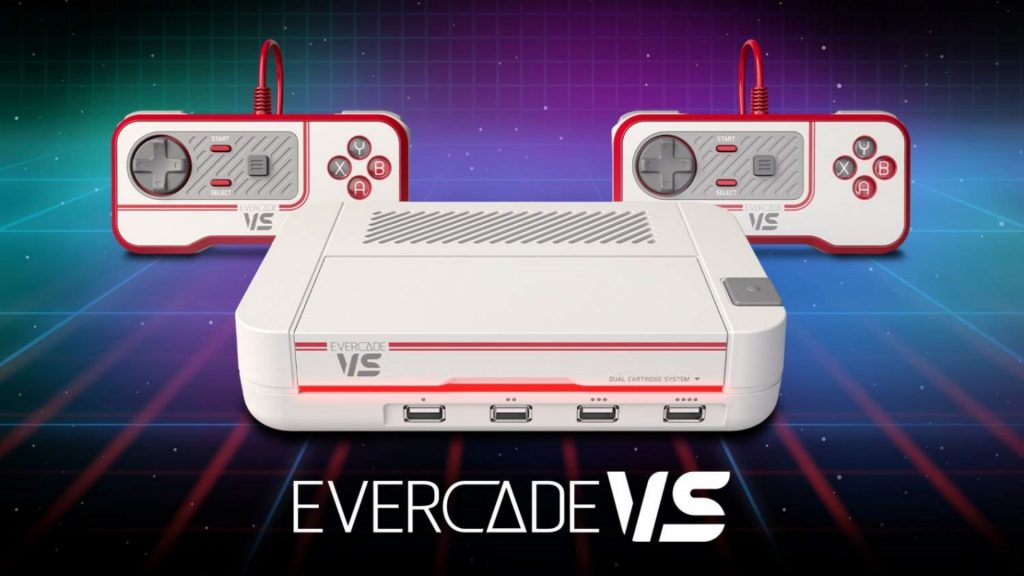 Blaze Entertainment announced the Evercade VS home console today, a retro, cartridge-based console that will release in November 2021.

The original Evercade was a handheld model, but the VS will support up to four players. Two controllers come with the console, but it will also support third-party options as well. The Evercade’s main feature is that the cartridges the system uses are officially licensed from a variety of developers and publishers, including Namco, Interplay, Jaleco, Codemasters, Data East, Atari, Technos and Piko. Many cartridges feature multiple games.

Because the Evercade’s save and load states are stored on the cartridges themselves, players will be able continue their progress whether they play games on the console or the handheld. The Evercade handheld can also be used as a controller for the VS.

“This is a hugely exciting time for the Evercade, with new carts, new hardware and improved software becoming available,” said Andrew Byatt, Blaze Entertainment’s managing director. “When we began this project we believed that a physical-only console would work in an increasingly digital world and the reaction has been amazing. Today we move this to the next level.”

The Evercade VS will be available for pre-order on May 28th and will cost $99.99 (£89.99/€99.99). There will also be bundles that come with cartridges, though the contents of those bundles has yet to be officially announced.

You can watch the announcement trailer for the Evercade VS below, courtesy of Blaze Entertainment.