PS3 owners who live in the UK are getting once again another Media feature to the PS3, BlinkBox which is a movie/TV service have designed a special version of their site to fit the PS3, so people living in the UK can stream movies or shows online with their PS3

“The PS3 is the first of a number of devices to which we will be bringing Blinkbox, enabling customers to use our service on their TVs for instant streaming of new blockbuster movies – available on the same day as their release on DVD – as well as a growing library of free ad-supported titles.” Said Michael Comish, CEO of Blinkbox. 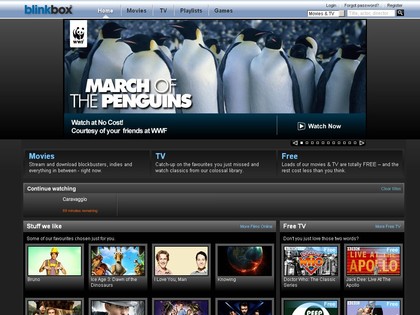 No date has been given for this feature, but I’m guessing that it might just be this year, but some people are enjoying the Beta for the feature which is now live.

Maybe some day NA will get some media feature love too..(I’m mostly looking at you VidZone).