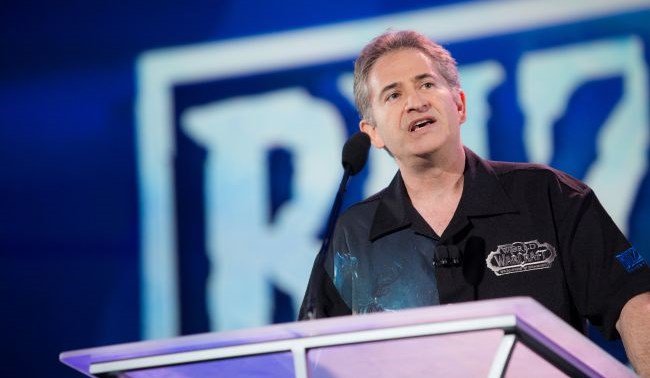 Mike Morhaime, who co-founded Blizzard Entertainment and has been its president since 1998 (taking the CEO role in 2007), has stepped down. In a recent announcement, World of Warcraft executive producer J. Allen Brack was named as the new president. Morhaime will still remain at the company as a strategic advisor.

Activision Blizzard CEO Bobby Kotick released a statement and noted, “J. has been with Blizzard for over 12 years leading the World of Warcraft team, and it takes vision, creativity and unwavering commitment to excellence to sustain a community of players the way J. has for over a decade. J. is an inspiring leader. He has shown unwavering commitment to our community, to innovation and creative excellence and he cares deeply about ensuring the very best of Blizzard culture will be protected.”

In addition to changes in the president’s role, Kotick also confirmed new additions to the executive team. “I am also excited to have Allen Adham, Blizzard’s founder, who rejoined the company two years ago and Ray Gresko, Blizzard’s Chief Development Officer, join Blizzard’s executive leadership team. I have known both Allen and Ray for more than 25 years and they are two of the most capable entrepreneurs in the game industry. They will help make certain that inspiration and creativity remains the focus of Blizzard.”

In his own statement, Brack said, “I am incredibly honored and humbled to serve as Blizzard’s next president and to lead one of the best entertainment companies in the world, thanks to the passion and dedication of our player community and employees.

“Blizzard was founded on the promise of making great games, and I plan to continue this fierce commitment to quality, our community, and our purpose. I couldn’t be more excited about what’s next given the strength of our pipeline.” There has been no confirmation on who will replace Brack as leader for the World of Warcraft team (which has been facing its own share of issues before and after the release of Battle for Azeroth).

Finally, Morhaime said, “I want to thank all of the talented and hardworking people at Blizzard for their dedication, creativity, and passion. It has been a privilege to lead this team. I’m also very grateful to Blizzard‘s player community for their support.”