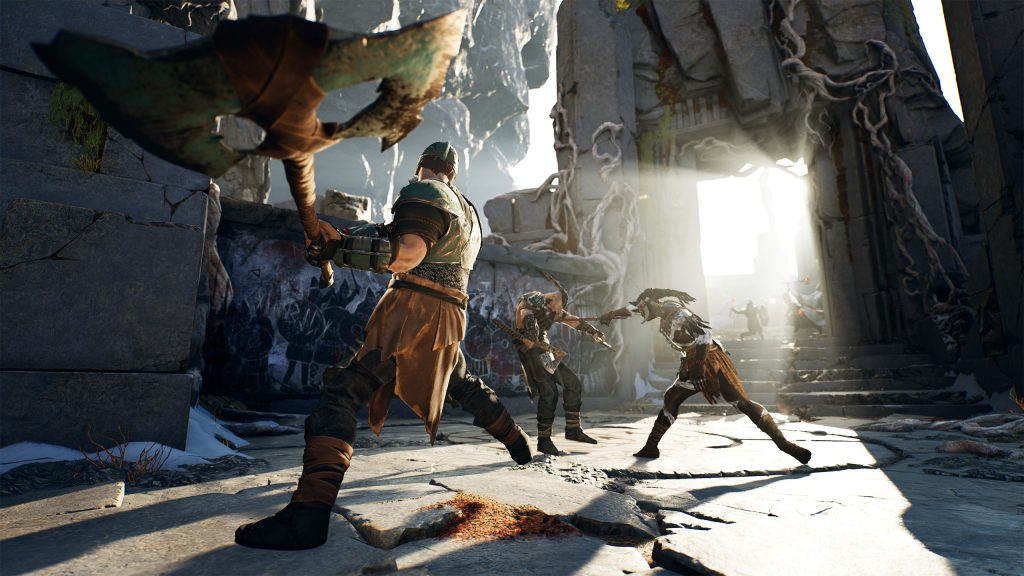 Vizor Games have announced Nordic-themed PVP Arena game Blood of Heroes for PlayStation 5, PlayStation 4, Xbox One, Xbox Series X/S, and PC. A closed beta test of the game will begin on PC on May 4th. Players can sign up for the beta now on the game’s official website.

“Blood of Heroes pits the greatest heroes of an unforgiving borderline world against each other in intense player-versus-player combat. Set in medieval Nordic arenas, fearsome warriors fight to the death in a quest for glory as players unleash an array of fighting styles and wield an arsenal of lethal weapons and deadly abilities. Players can experiment with six distinct heroes in the closed beta in both one-on-one and group combat modes. Hone your skills in a battle where the artistry of the blade is enhanced by powerful war sigils—and met with blistering counterspells. Players must learn to master the character that best suits their playstyle, weighing up if they prefer fast darting blows, powerful measured strikes or area-of-effect abilities that disrupt their foes.”

“We wanted to make a game that we’d absolutely love to play ourselves: a wicked, adrenaline-pumped world, inspired by Dark Souls, with unforgiving player-versus-player battles and warriors who show no pity or fear,” said director Dmitry Voronov in a press release. “In Blood of Heroes, just like in history, heroes are not always knights in shining armor who fight for the greater good. They can be relentless, sly, vengeful, or, vice-versa, supporting and protective. Their essence is tried and revealed by combat. We tried to give them personality, so the player could make a choice that fits their mood and gameplay style.”

So far, Blood of Heroes sounds like a cross between Dark Souls and For Honor. Not a bad combination, all told. It also makes me think of Nosgoth, Psyonix‘s underappreciated multiplayer-only spinoff of the Legacy of Kain games that was unfortunately canceled after it failed to find much of an audience. In hindsight, a lot of what Nosgoth offered has only become more popular since it died. The enduring popularity of games like For Honor proves that. Hopefully, Blood Heroes manages to find more of a market.

You can watch the announcement trailer below, courtesy of Gematsu.