Bloodborne Will Be Bundled With PS4 in Japan 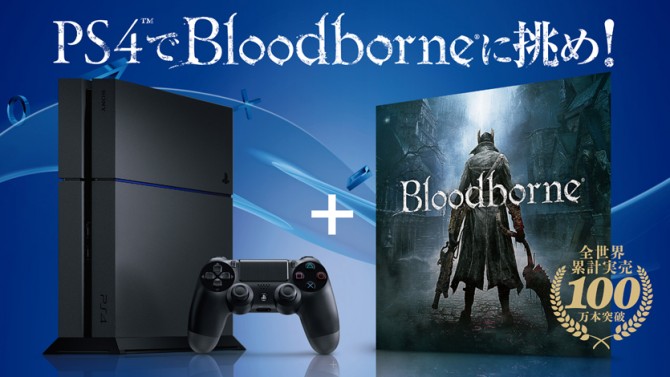 The PlayStation 4 may be a crazy success worldwide, but there is one territory in particular where it is struggling- surprisingly enough, Sony’s native Japan. While the console has managed to stay afloat there, it routinely trails behind Wii U in weekly sales, which is also currently beating it in cumulative lifetime sales in the territory.

Sony is probably aware of all this, as, in a bid to push more sales for the console, they have announced that they will be bundling the excellent Bloodborne with all PlayStation 4 consoles, completely free of cost, for a limited time. The promotion starts today, and will be available at all retailers, through to September.

Considering just how amazing Bloodborne is, and that Japanese players seemed to take to it on the whole, this should definitely help Sony kickstart the sales of the console in the territory. However, that said, they are no doubt waiting for major Japanese titles like Persona 5 to release soon, as without those, the console will continue to hold little appeal to Japanese audiences.