Bloodstained: Ritual of the Night Wiki – Everything you need to know about the game

Everything you need to know about Bloodstained: Ritual of the Night. 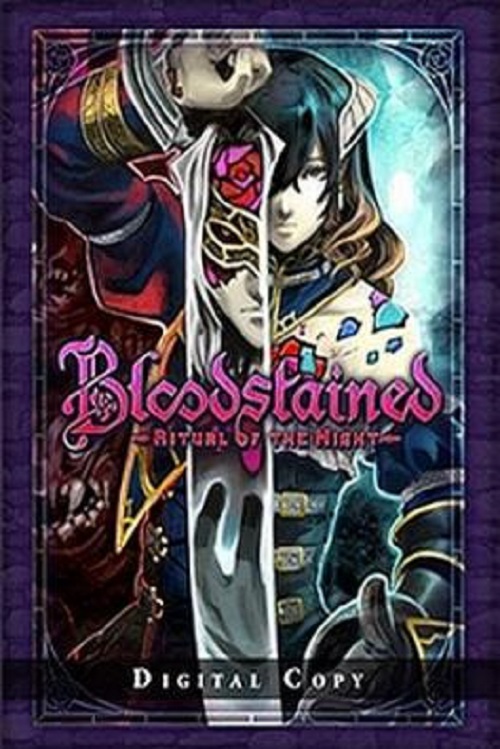 Bloodstained: Ritual of the Night is an upcoming side scrolling action adventure game set firmly in the Metroidvania genre. The game is currently being developed by the Japanese company Inti Creates, a team that was founded by ex-Capcom staff and is responsible for the popular Mega Man Zero series of video games.
Bloodstained: Ritual of the Night is slated to be published by Deep Silver, of Saints Row and Metro: Last Light fame. The game, which is currently running on Unreal Engine 4, is expected to launch at some time in March 2017 on PCs, Mac OS X, Linux, PlayStation 4, Wii U and Xbox One.

Bloodstained: Ritual of the Night is being developed to serve as a spiritual successor to the much loved Castlevania series, specifically to the games that have been portrayed as side scrollers and not the more recent titles in the series like Castlevania Lords of Shadow.

Serving as producer on the project is Koji Igarashi who has previously worked on the series. He first served as Assistant Director, Programmer and Scenario writer on Castlevania Symphony of the Night, where he was credited as Kouji IGA.

It was Koji Igarashi who created the Kickstarter project that has seen development of Bloodstained: Ritual of the Night begin. His inspiration to start a Kickstarter for the game, came from the success of Keiji Inafune’s Mighty No.9 Kickstarter.

Igarashi’s Kickstarter proved to be a huge success. Originally asking $500,000 in funding, the project crossed $1 million in its first 24 hours, fulfilling a number of stretch goals in the process including voice actor David Hayter, of Metal Gear Solid fame, joining the cast as Gebel. Musician and Voice Actor Robert Belgrade will also be lending his talents to the game. Belgrade is famous for his portrayal of Alucard in Castlevania: Symphony of the Night and as the announcer in a number of Tekken games.

Another stretch goal for the project would see artist Ayami Kojima create packaging and artwork for physical copies of the game. Like Igarashi, Kojima has also worked on the Castlevania franchise before with Castlevania: Symphony of the Night. Other stretch goals for the game would see features like a Boss Rush (consecutive boss battles) and even a Classic Mode. The Classic Mode would be used to rework specific areas of the game to make them more linear, to better reflect the original Castlevania games.

One of the larger stretch goals was a release for the Nintendo Wii U. This port of the game is going to be developed by Armature Games, which has worked on ports such Metal Gear Solid HD Collection and Borderlands: The Handsome Collection. 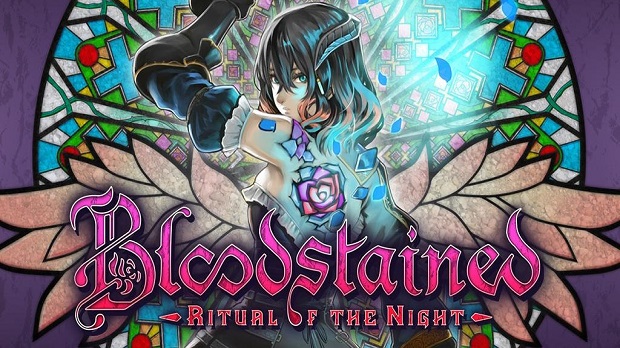 Bloodstained: Ritual of the Night follows the story of an orphaned young woman by the name of Miriam who has been put under an Alchemic Curse. This curse is quite cruel in its nature, turning her stone into a crystalline substance over time.

In order to prevent the curse from worsening, and ultimately stop it, Miriam must traverse the halls of a demon infested castle and locate a summoner named Gebel, a man who has lived with the same curse for quite some time. 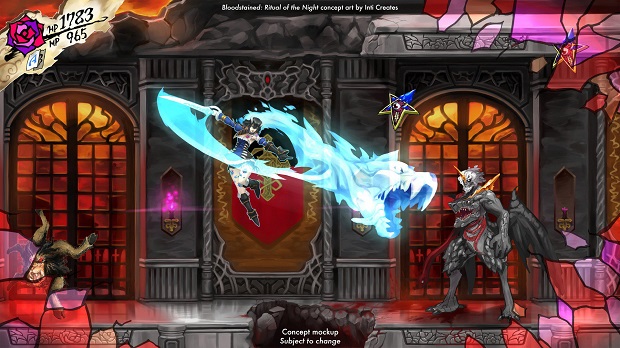 While gameplay specifics are not yet official, many assumptions have been made from the gamess association with Igarashi and the Castlevania genre. Gameplay will be presented in a 2.5D manner, matching previous art styles from Igarashi’s works.

Players can expect to move through well structured yet labyrinthine and open-ended locales. One will most likely also acquire new items and weapons on progressing through the game, along with skills that offer the ability to revisit previously closed off areas.

At this time, two characters have been officially revealed: